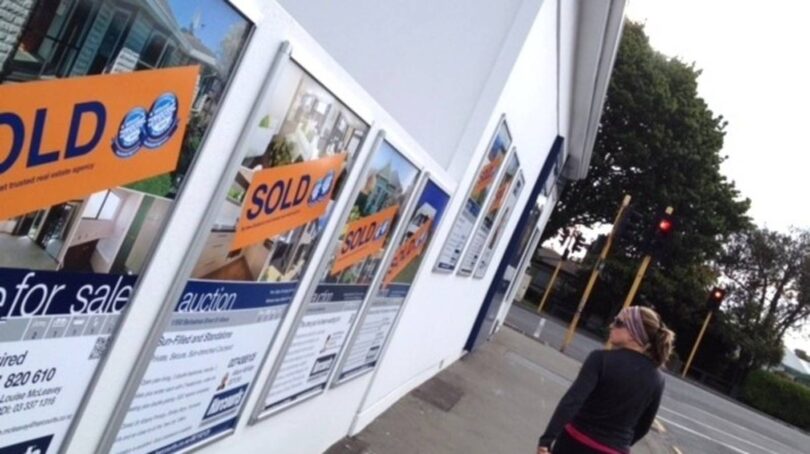 Real estate agents have no excuse not to lavish time on their clients – New Zealand now has more agents than homes for sale.

A total of 15,503 agents and 909 companies have active real estate licences, about 1200 more than a year ago. A record number of people applied to join the industry in the past year, according to the Real Estate Agents Authority.

At the same time a growing shortage of listings has been compounded by the Covid lockdown.

At the start of this month there were 12,250 homes on the market, a third fewer than last year, according to the Real Estate Institute (REINZ).

Stephen Lee, a real estate agent with The Professionals, said agents were competing for listings and some were cutting commissions.

“There are probably too many real estate agents in the market now. People will fall out because they can’t survive in this market.”

Lee said while there were usually 20 to 30 listings in his area of Wellington’s Eastbourne and Hutt neighbourhoods, there were now just eight listings among nine agents.

“I think the younger agents will struggle because they don’t have the reputation yet. Some of the established agents are getting more listings.”

Lee said some agents were now agreeing to commissions below two per cent.

According to Lee, most agents earned less than $100,000 a year and only a few earned big money. He described the job as hard work, with non-regular hours and a lot of rules to follow.

The boost in licence numbers has been attributed to the heated property market and fast-rising prices.

Valuation agency Quotable Value says New Zealand’s average home value has risen 26 per cent in past year. About 100,000 residential properties worth a total of just over $90 billion changed hands in the year to June, up from $53b worth in the year to the end of 2019.

The latest income figures from the Ministry of Business, Innovation and Employment show agents earned an average of $84,500 in 2019.

Despite being encouraged by real estate agents, Simon Oosterman refused to sell his home at auction as he feels the system is unfairly rigged against young first-home buyers. (Video first published on September 9,2021)

Craig Prier of Ray White, who has been selling real estate in Christchurch for 38 years, said that like any business, those who work hardest did best.

“Maybe some agents get a bit caught out, coming in thinking it’s going to be easy. It’s never easy, you’ve got to get out there and sell. People are trusting us with their biggest asset.”

Prier said an increase in recent requests for appraisals suggested listings would pick up over spring and summer.

Jen Baird, the chief executive of the REINZ, said while the lower level of stock was not a surprise because of lockdown, the drop was more than expected.

“This is the lowest level of inventory we’ve ever seen in New Zealand,” she said in the latest REINZ report.

Listings website realestate.co.nz recorded the lowest number of properties on the market during August since it launched 14 years ago.

The website’s spokesperson, Vanessa Williams, said the trend had been going on for several months.

She said it might be caused partly by a self-fulfilling prophecy.

“Plenty of factors are at play with our stock shortage, but with several reports of sellers unable to find a new home to live in, it’s no wonder that some have been hesitant to list their houses.

“This contributes to lower stock–it becomes a bit of a cycle.”

Of New Zealand’s real estate agents, Auckland has the most with 6969, followed by Canterbury and West Coast with 1831.

The biggest drops in listings since last year according to realestate.co.nz were in the Coromandel (64 per cent), West Coast (52 per cent), Nelson (50 per cent), and Canterbury (49 per cent).