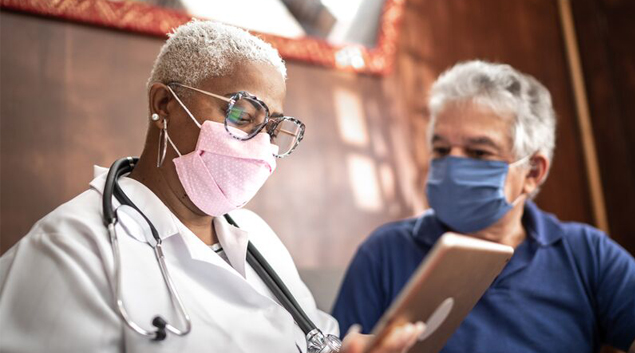 The survey, conducted before news of a possible compromise Senate bill to address drug costs under Medicare, also shows that 86% of seniors support government involvement in negotiating drug prices. Nine out of ten of those surveyed are living on a fixed income.

Those on fixed incomes are especially vulnerable to the impact of inflation on costs, the analysis found, with the consequences almost immediate.

When it comes to healthcare cost inflation, the top two worries of Medicare beneficiaries are increased prescription drug costs and increased Medicare Part B premiums, each cited by 65% of respondents.

Inflation may have some effect on provider costs, but provider payments typically lag behind the rate of inflation, meaning the real effects may not be felt until later plan years, according to a July report from the American Academy of Actuaries. Still, workforce shortages could put upward pressure on provider payment rates.

Inflation has increased to levels not seen since 1982, the report found. Small business owners are finding it necessary to increase employees’ wages and the prices they charge for their goods and services. It remains to be seen whether employers will stop offering coverage, reduce levels of coverage or decrease employer contributions to mitigate increases in their other business expenses. Any changes could vary by industry.

The actuaries said inflation’s impact is likely to also extend to individual and small group premiums, and will affect providers’ supply chains – which may affect negotiations over rate agreements with health plans.