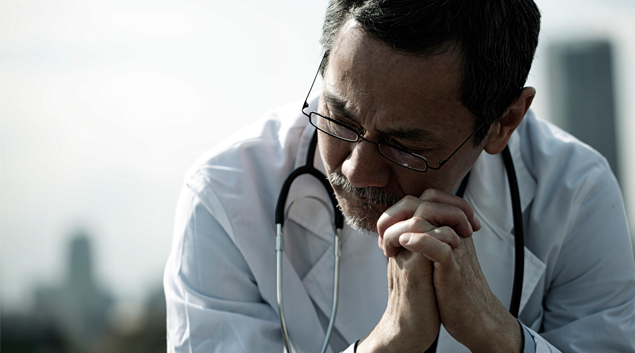 Almost three quarters of physicians, 74%, say they’re unclear on what constitutes a life-threatening emergency that would allow a doctor to legally perform an abortion in states where it is otherwise banned, a new survey has found.

The Sermo survey of more than 460 physicians uncovered a lot of uncertainty regarding the situational appropriateness of abortion services in the wake of the Supreme Court’s decision overuling Roe v. Wade, which until this year had Constitutionally guaranteed the right to an abortion.

To date, 12 states have banned the procedure; six-week bans have been implemented in Georgia and Ohio.

The healthcare industry implications of the Supreme Court’s ruling are still becoming apparent, and are causing worry among medical professionals, who are often faced with decisions about whether to perform an abortion during potentially life-threatening situations. Eighty-four percent of respondents worry that doctors are being asked to wait until the very last minute when it’s clear that a patient will die, before they perform an abortion.

Another 84% are concerned that most abortion bans make it a felony to provide or attempt to provide an abortion – meaning doctors and clinics are the ones likely to be charged and tried, rather than individual patients.

Eighty-seven percent believe some doctors will err on the side of their own legal safety when making decisions about patient care and the necessity of abortion. And 74% expect more maternal deaths will result in states where abortion is banned.

Legal implications have changed physicians’ decision-making process when considering performing an abortion. 89% of U.S. physicians surveyed feel doctors will now make decisions based on their own legal safety when deciding the necessity of an abortion.

Already, about 700 women die every year of pregnancy-related complications in the U.S., according to the Centers for Disease Control and Prevention. About three in five of those deaths are preventable. A study last year found states that restrict abortion access have higher rates of maternal mortality than those that don’t.

Sermo provided commentary from several world- and U.S.-based physicians and clinicians, most expressing concern about the vagaries regarding appropriate abortion services.

“If I were a physician who might be in a position of performing an abortion to save a mother’s life, my worry would be whether my decision could be called into question after the fact, and a judge or jury made up of people with no medical knowledge could decide that I had performed an illegal abortion because the mother’s health was not sufficiently in danger,” said one rehabilitaton physician.

“Probably best to leave these decisions up to parents and their healthcare provider,” said a pathologist. “If there was a law limiting male autonomy over their bodies people would lose their minds.”

One ophthalmologist was succinct in their assessment.

“Abortion is healthcare,” they said. “The only people who should be in the exam room are the physician and the patient.”

The Supreme Court overturned Roe v. Wade in June. Justice Samuel Alito, writing for the majority opinion, said at the time, “What sharply distinguishes the abortion right from the rights recognized in the cases on which Roe and Casey rely is something that both those decisions acknowledged: Abortion is different because it destroys what Roe termed ‘potential life’ and what the law challenged in this case calls an ‘unborn human being.

“We hold that Roe and Casey must be overruled,” he wrote. “The Constitution makes no reference to abortion, and no such right is implicitly protected by any constitutional provision, including the one on which the defenders of Roe and Casey now chiefly rely – the Due Process Clause of the Fourteenth Amendment. That provision has been held to guarantee some rights that are not mentioned in the Constitution, but any such right must be ‘deeply rooted in this Nation’s history and tradition’ and ‘implicit in the concept of ordered liberty.’ It is time to heed the Constitution and return the issue of abortion to the people’s elected representatives.”

In dissenting, Justices Stephen Breyer, Sonia Sotomayor and Elena Kagan said of the ruling, “It says that from the very moment of fertilization, a woman has no rights to speak of. A state can force her to bring a pregnancy to term, even at the steepest personal and familial costs. An abortion restriction, the majority holds, is permissible whenever rational, the lowest level of scrutiny known to the law. And because, as the Court has often stated, protecting fetal life is rational, States will feel free to enact all manner of restrictions. The Mississippi law at issue here bars abortions after the 15th week of pregnancy. Under the majority’s ruling, though, another state’s law could do so after ten weeks, or five or three or one – or, again, from the moment of fertilization.”

The American Medical Association condemned the court’s interpretation. AMA President Dr. Jack Resneck said, “The American Medical Association is deeply disturbed by the U.S. Supreme Court’s decision to overturn nearly a half century of precedent protecting patients’ right to critical reproductive healthcare – representing an egregious allowance of government intrusion into the medical examination room, a direct attack on the practice of medicine and the patient-physician relationship, and a brazen violation of patients’ rights to evidence-based reproductive health services.”

The American Hospital Association said it expects the decision will have “practical impacts on hospitals and health systems,” AHA General Counsel Melinda Hatton said by statement.