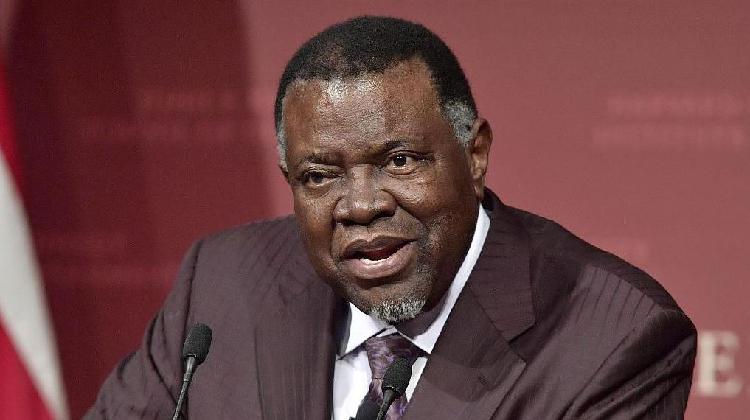 Namibian President Hage Geingob speaks at a past event. (Photo by Paul Marotta via CFP)

Namibian President Hage Geingob speaks at a past event. (Photo by Paul Marotta via CFP)

The climate change crisis should push Africa to ensure the provision of clean energy from renewable energy sources to the majority of households and businesses, Namibian President Hage Geingob said on Tuesday.

“In this regard, I am pleased with the fact that countries like Namibia, Egypt and Morocco are taking the lead in green hydrogen and other low- carbon generation capacities.”

The Namibian President also called upon African countries to speak with one voice in the quest for clean energy, and also champion African solutions to African problems.

He pointed out that his country is focusing efforts on achieving large-scale, low-cost renewable energy development.

“To this extent, we intend to become the front runner as a continental green hydrogen production hub,” he said.

“Africa has the potential to become a key player in the global energy market and we should seize the opportunity by doing the right things and at the right time. Yes, the time is right to do the right things. Yes, with the right kind of collaborations and partnerships the time has come to ensure that no one is left behind in our ambition of energy for all.”