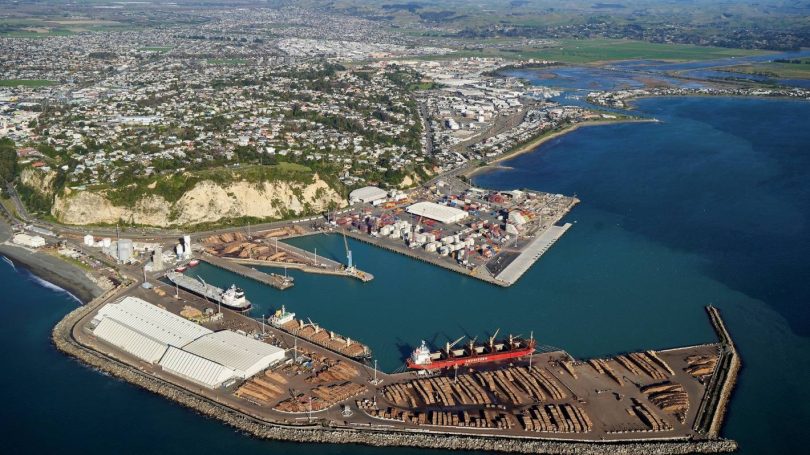 Seven years in the making, Napier Port’s new wharf, which is able to receive larger container and cruise ships, is finally open.

Unlike the delays and blown out budgets seen in other large construction projects, the privately funded port expansion has come in at the budgeted $173-179 million. It’s also been completed six months ahead of schedule.

READ MORE:
* Port Taranaki exports record tonnage of logs in a financial year
* Calls for Wellington to move container port to Napier
* $115m cool stores redevelopment could cause ‘generations of issues’ Port Taranaki boss says
* New Plymouth’s $115m ‘once in a lifetime’ project to transform its port area
* Napier Port lists on NZX, just the third company in two years to do so

“At 350 metres long, Te Whiti is long enough and deep enough to accommodate the increasingly larger vessels calling New Zealand today and into the future, allowing us to support the needs of our customers, community and region,” he said.

Dawson said the new wharf would help boost productivity for the port’s customers, and help enable a more efficient, coordinated flow of cargo.

“New Zealand’s supply chain is the foundation of our economy and there has never been a greater need for an efficient, cost-effective, sustainable network than there is now.”

The project saw 400 concrete piles being driven up to 35 metres into the underlying sandstone rock, and 32 concrete deck pours.

Sustainability was a key consideration with the establishment of the Napier Port kororā (little blue penguin) sanctuary, creation of two new artificial reefs using limestone from a dismantled revetment seawall and launch of the Marine Cultural Health Programme in partnership with mana whenua.

A formal opening ceremony took place on the wharf on Friday morning, following a dawn karakia blessing to unveil its new name.