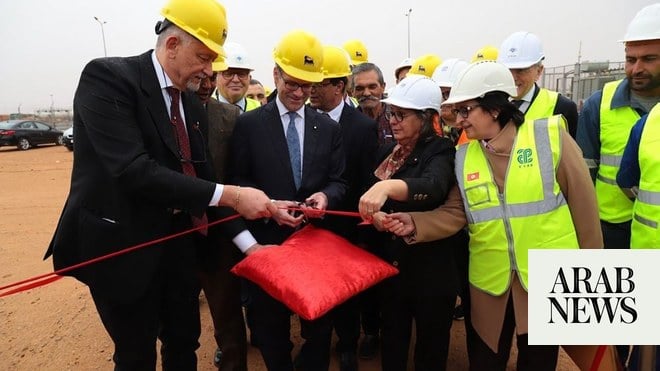 RIYADH: The private sector is considered a key driver in boosting Saudi Arabia’s gross domestic product and helping it become a productive economy, said Saudi Finance Minister Mohammed Aljadaan during the 2023 Budget Forum organized to review the performance of the government for the year 2022.

The two-day event that began on Dec. 11 was attended by as many as 30 officials from the government and private speakers to discuss the impact of government services on citizens and the private sector besides addressing the plans and future projects of the entities present.

Saudi Minister of Economy and Planning Faisal Alibrahim agreed that the private sector has a vital role to play in the long run, considering that it’s a chief propeller of the Kingdom’s economic development.

“The public finances are somewhat independent, but as oil prices fluctuate, we try to keep them stable by controlling spending,” the minister added.

Furthermore, he revealed that Saudi Arabia has managed to control inflation by capping energy prices as they spent tens of billions of dollars to compensate Saudi Aramco for selling fuel locally at lower than the international price.

“We moved from the Fiscal Balance Program to the Fiscal Sustainability Program,” Aljadaan emphasized.

Meanwhile, he revealed that the government’s non-oil revenues covered 40 percent of its spending by the end of 2021, after covering only 10 percent previously.

ACWA Power Chairman Mohammad Abunayyan who also participated in the forum revealed that the Kingdom has the cheapest renewable energies in the world.

He stressed that the promotion of local content requires the empowerment of the private sector, and “this is what I recommend and am passionate about.”

“The government’s role is to legislate, but we are the ones who will implement and invest,” the ACWA Power chairman added.

Expressing his views on the general budget, the Saudi National Bank Chairman Ammar Alkhudairy said there are several things that reflect positively on the citizens and economic system in the Kingdom including the fact that jobs have been created as well as small and medium enterprises growing by 10 percent.

He said that tourism, food, and beverages, privatization, and SMEs are the next group of sectors that will require some sort of collaboration between the private and public sectors.

Alkhudairy stressed that SME Bank will have a crucial role to play in the process.

Talking about the Kingdom’s housing sector, the country’s Minister of Municipal and Rural Affairs and Housing Majed Al-Hogail revealed that it has served 1.4 million families, with home ownership rates going as planned. He added that next year they will increase to 1 percent.

With regard to families most in need of housing, the minister said they were able to pump more than 30,000 housing units, and “we will continue with this approach until we reach 70,000 housing units this year and next.”

The first day of the forum comprised six sessions covering themes on financial sustainability and drivers of economic growth, sustainable energy, basic services in light of the national transformation, and the role of infrastructure and logistics services in supporting economic development. It also touched upon issues relating to the impact of enabling investment on economic growth, and strengthening the technology sector to enable the digital economy.

This comes as Saudi Arabia’s bumper budget surplus received thumbs up from the Kingdom’s governors as they term it a reflection of “the strength and durability” of the economy that will go long way to improve the lives of its citizens.

The Kingdom also upwardly revised the growth of its gross domestic product to 8.5 percent for 2022, compared with the 7.5 percent estimated in December 2021 and the 8 percent forecast in the pre-Budget statement published at the end of September.