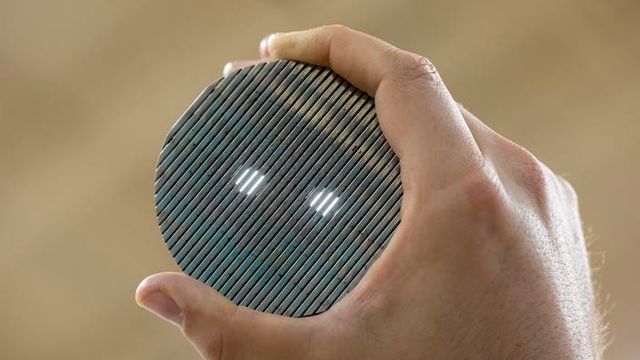 Southwest Research Institute (SwRI) has created a new, more effective method to evaluate changes in sand control screens used in oil and gas production wells. The new evaluation method provides a more comprehensive view of where erosion occurs during accelerated life erosion testing on sand control screens, and is being expanded to evaluate other equipment in erosive environments.

In oil and gas production wells, sand screens keep formation and fracturing sand in the reservoir while allowing fluids to be produced. Fine formation sands, smaller than the screen gaps, periodically pass through the screens, causing screen erosion that can eventually lead to screen failure. Sand produced with oil and gas in a well can erode the equipment from the reservoir to the surface, causing costly production halts and well work-overs to replace damaged equipment.

“Our method utilizes novel microscopy,” said Luis Gutierrez, a research engineer in SwRI’s Fluids Engineering Department. “We have developed a novel visual method that offers spatial understanding of where erosion is happening. Our method allows us to see a map indicating the magnitude and location of erosion experienced across both the screen and base pipe layers.”

The team used internal funding to develop and evaluate the new test method. The SwRI erosion model expresses sand screen erosion graphically, providing a more complete picture of the effects of erosion. This method of erosion visualization has also been extended to other types of equipment in harsh environments to quantify erosion.

“Using our technique, the industry could more accurately predict the life of equipment under specific well conditions, rather than waiting for them to fail,” Brysch explained. “Considering sand screens are the primary defense against sand production, and are incredibly costly to repair, that’s a considerable advantage.”

This article has been republished from the following materials. Note: material may have been edited for length and content. For further information, please contact the cited source.