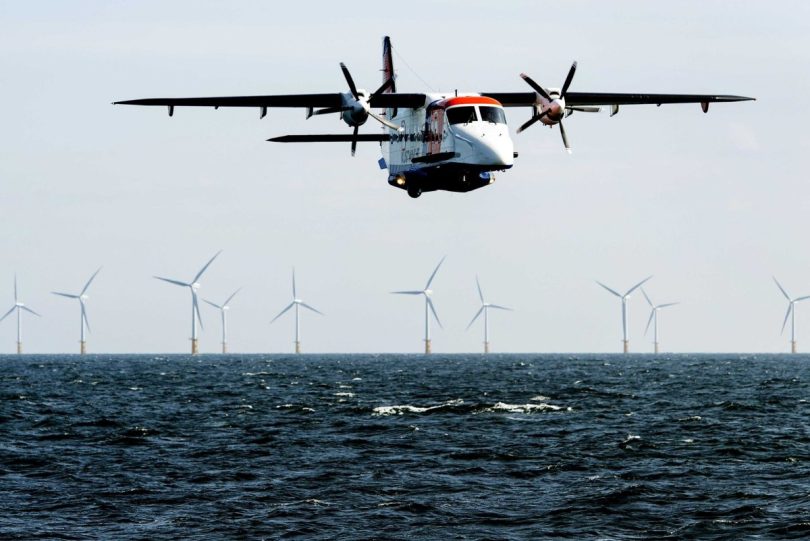 The Norwegian government said Friday it hired to geological firms to survey its shallow waters to examine the potential for wind energy deployment. File photo by Koen Van Weel/EPA.

Norway is among the world’s leading producers of crude oil and natural gas, helping the European economy make up for the loss of Russian fuels due to Western-backed sanctions imposed over the war in Ukraine.

But it powers its entire economy largely on renewable energy resources. Norwegian energy company Equinor last year, for example, started operations at its floating, offshore Hywind Tampen wind farm in the North Sea. That installation will eventually supply about 35% of the power necessary to run the infrastructure at the Gullfaks and Snorre oil and gas fields. That in turn will abate around 200,000 tons of carbon dioxide each year.

The NPD said “thousands” of wells have been drilled into the Norwegian continental shelf, but the focus so far has not been on shallower waters. The government said it’s the upper 600 feet or so that are an interest to wind energy developers.

Lars Jensen, a geophysicist in charge of the project for the NPD, said this area is where the base of a wind turbine is anchored so scientists need a detailed look at seabed conditions. Planners will have to navigate between shallow-water deposits of natural gas, boulders, sinkholes and other geological factors before moving ahead.

“The NPD has many years of experience and extensive knowledge when it comes to operating and acquiring seismic data from the oil and gas industry,” added Arne Jacobson, the agencies assistant director for technology. “It’s positive that this experience can be used to help support the energy transition.”

Norway has one of the fastest-growing markets for offshore wind. Data from the International Energy agency show wind-based electric power generation in 2020, the last full year for which the IEA supplied data, increased 80% from the prior year.

Norway is investing some $1 trillion to achieve a net-zero economy by 2050.