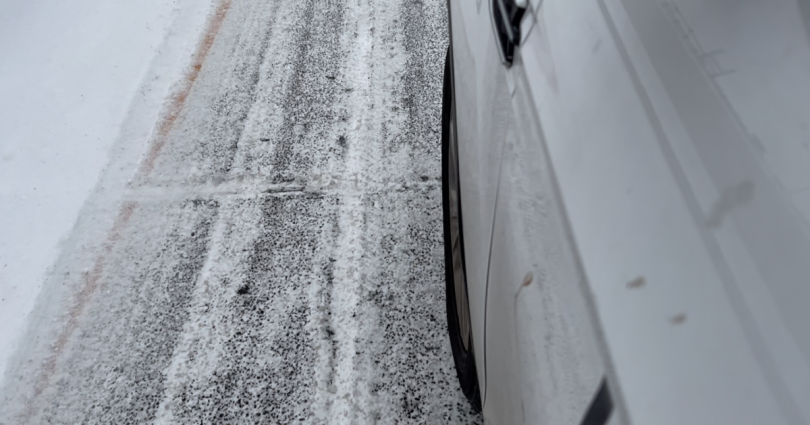 COLORADO SPRINGS — Snow and cold are having a big impact in Southern Colorado heading into the weekend before the week of theThanksgiving holiday.

Many areas are still dealing with snow from overnight because temperatures are so cold.

“Storms like this, temperatures are very important,” said Colorado Springs Street Operations Manager, Clint Brown, “We had very cold temperatures throughout the night and they’re still cold today and we’ll be moving into Friday night and Saturday morning.”

Locations like the Fillmore Street hill, Union Avenue between Academy and Woodmen Road, Barnes Road east of Powers Boulevard and several other streets are on what Brown calls a “hot list.” The list is roads with hills where just a little snow can lead to traffic problems.

Crews work the hot list roads early and often. Because of all the work the roads often dry out sooner than other roads.

With this current storm there is a warning to watch for ice on roads where issues are typically less likely.

“This storm was different. A central part of town and the southwest part of town got hit exceptionally hard,” said Brown, “The north part of town wasn’t too bad. It was actually in pretty good shape for the majority of the storm and passable so we had to change our strategy which we did and we focused our resources where they needed to go.”

The sun came out for some short periods as the snowstorm eased but not for long. That can create more problems than it helps.

“In cold temperatures when sun comes out for just a little bit, and then cloud cover comes back it can actually melt and refreeze so the sun’s not always a good thing,” said Brown.

The concern for overnight is less traveled roads where melting will freeze and cause icy roads.