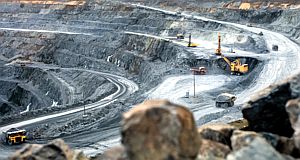 THE Australian mining industry is being called upon to become a world leader in sustainable practices for sourcing rare minerals and metals, with electric car brand Polestar pushing for diversification of sourcing for such materials.

In a roundtable interview with Australian media, Polestar head of sustainability Fredrika Klarén, said sourcing responsibly mined materials was a key concern of hers, as she is pushing to ensure that the brand can truthfully inform its consumers about the total carbon footprint of its cars.

However, Ms Klarén suggested that the mining industry – which in some places around the world may not offer complete transparency on its operations and supply chain framework – is one of the most difficult elements of the life cycle assessment, or LCA, for Polestar’s vehicles.

Ms Klarén said there is a distinct lack of data on the supply side, which is indicative of the “locked in opaqueness of automotive supply chains”.

“Suppliers are really scared to share information and share data because they’ve seen that data is used … for OEMs to go to other competitors and so on,” she said.

“We’re trying to really engage (suppliers) in a new transparent way of building how we work in the automotive industry. It’s a huge challenge.”

Ms Klarén said that Polestar was first in the automotive market to use blockchain technology to trace what she calls “risk minerals” in its cars.

“Polestar 2 was the first car on the market that had cobalt traced via blockchain,” she explained.

“We’ve extended that now also to the risk mineral mica (which is often used in paint finishes); we also use mica as an insulator in the batteries. That comes with huge risks and we wanted to trace that as well.

“Now we also have lithium and nickel traced in Polestar 3, and that enables us to, via the power and beauty of digitalisation, to get data that is immutable through all layers of the supply chain – including transport.”

But Ms Klarén acknowledged there are still transparency limitations at play.

“We know where it comes from. It doesn’t promise that everything’s good, or everything is sustainable at the site. There we need other control mechanisms,” she said, stating that a resource’s journey through the supply chain is not always clear.

“It’s so easily corrupted in this industry – and especially, we know the metal, mineral industry is notorious for corruption. I think it’s the most corrupt industry in the world, with non-acceptable human rights violations, child rights violations and so on.

“So it’s so important that we have a chain of custody that is immutable, that no one can tamper with and that’s where blockchain comes in,” she said.

Ms Klarén further stated that there was potential for a leadership role in this emerging part of the market, and that Australia – a nation known for its abundant natural resources and one of the largest developed mining countries in the world, behind China, the United States and Russia – could be a benchmark-setter if it chose to be.

“I think Australia has an amazing possibility here, because I know that you’re doing so much in the mining sector in Australia in terms of environmental stewardship, and also social issues. So you can really be a provider of ethically-sourced minerals and metals, but you still need to prove that it comes from Australia.

“For us as an end customer, if we say that we want the nickel to come from, say Australia, it still needs to be proven that it comes from Australia. So you have a great possibility here to both create these ways of mining responsibly, but also adding blockchain as that final step,” she said.

“We’re open to sourcing from all kinds of places. We have minerals coming in from Australia in our cars today. So we’re all over the place. We’re looking for responsible partners. And we’re not making any limitations on where those partners can be because we know that we’re going to grow into a global company. We’re going to have global sales, and also manufacturing footprints all over the world. So we’re very keen on finding innovative, responsible partners, wherever they may be,” said Ms Klarén.

A second Polestar model will join the Australian market in 2023, the Polestar 3 SUV.

This new all-electric model – which is likely to compete with the BMW iX, among other premium electric SUVs, is expected to cost more than $135,000.