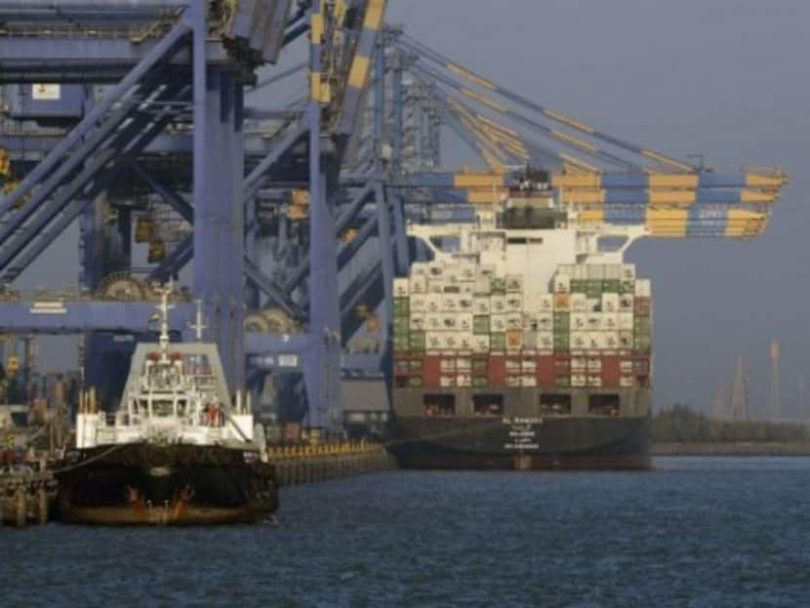 For H1 FY23, this record cargo volumes have resulted in a 24 per cent YoY jump in port EBITDA, while the EBITDA of the logistics business jumped 57 per cent YoY. The margin expansion of the logistics segment continued with a 470 bps YoY jump on the back of better utilisation of assets and increased share of the GPWIS revenue stream.

The volume growth will be further fuelled by the recently commissioned facilities of APSEZ, which include – (i) 6 lakh TEU container terminal facility at Gangavaram, and (ii) liquid storage tanks at Katupalli, that have a Take-or-Pay contract. The scheduled commissioning of 5 MMT LNG terminal in Dhamra by the year end (with a Take-or-Pay contract) is another growth catalyst.

The logistics business is set to continue growing with improved utilization of assets, particularly – (i) the Kila Raipur MMLP, where the operations were restarted in Dec 2021, and (ii) the assets commissioned in H1 FY23, which include the Taloja MMLP, three agri-silo terminals, warehousing capacity of 0.6 mn sq. ft, six new trains and 900 trucks. The successful integration of MMLP Tumb with Adani Logistics (ALL) in October and addition of more trains during H2 FY23 will also add material volumes.

In the current financial year, APSEZ signed a concession agreement for berth mechanisation at Haldia port taking our India footprint to 13 locations.

Karan Adani said, “We also received a LOI for the Tajpur Port, a greenfield development that we expect to commission in the next 5 years. Adani Agri Logistics (ALL) received a LOA from the Food Corporation of India (FCI) to build four silos, which will take our total silo capacity to 1.53 MMT and enable our presence across 24 locations. ALL has also been shortlisted as the H1 bidder for Loni ICD, which will take our total MMLP count to 10.”

“APSEZ remains committed to its philosophy of ensuring sustainable growth in partnership with our key stakeholders. We are on track to achieve our full year guidance of 350-360 MMT cargo volumes and EBITDA of Rs 12,200-12,600 crore,” he added.