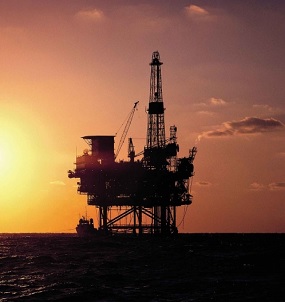 
Having signed a definitive conditional agreement to transfer all of its participating interest in the permit, as well as operatorship of the Etinde joint venture for an undisclosed amount, Perenco’s relationship with the west-central African country of Cameroon is expected to make significant headway while giving much-needed momentum to the long-stalled gas-condensate project, which has been slowed down in recent years.

Perenco, which operates a number of projects in Cameroon, Gabon, and the Republic of Congo, is well-positioned to take advantage of the enormous prospect presented by the field, as well as from surrounding fields, and is expected to move quickly towards the monetization of gas to be used domestically, regionally, and for export to transcontinental markets such as Europe, which has recently been in dire need of new, committed gas partners, giving new life to Africa’s ambitions to become a leading player in future the oil and gas economy.

The deal has been subjected to a number of customary regulatory approvals by the Cameroonian Government, as well as shareholders in the project including Bowleven and Russian multinational energy corporation corporation Lukoil, which had previously been given a 30-day right of pre-emption, entitling the shareholders to a final investment decision (FID) payment worth $25 million.

“The prospect of Perenco becoming our partner and operator at the Etinde permit is very positive news,” Eli Chahin, Bowleven CEO, said. “We believe that Perenco’s proven Cameroon oil and gas developments and substantial experience provides an opportunity to accelerate our efforts to secure FID and the associated $25 million payment to Bowleven. We look forward to engaging with Perenco and we will update shareholders in relation to Etinde developments in due course.”

As a key operator in Cameroon, with its Kribi floating liquefied natural gas project serving as its prized asset in the country, Perenco already operates in the Rio del Rey and Douala Basins, with production in 2021 averaging approximately 100,000 barrels of oil equivalent per day.

“We strongly welcome the change of operatorship in the Etinde field, Perenco is a tried, true and tested operator and has shown operational excellence in the country,” NJ Ayuk, executive chairman of the African Energy Chamber, said. “We hope that Perenco, a company that knows the region very well, will be able to fast-track development of the Etinde field, as well as the field’s surrounding prospects. We look very much forward to seeing Perenco expedite the prospects for local, African gas development, as well as the development of gas for export markets, particularly to Europe.”