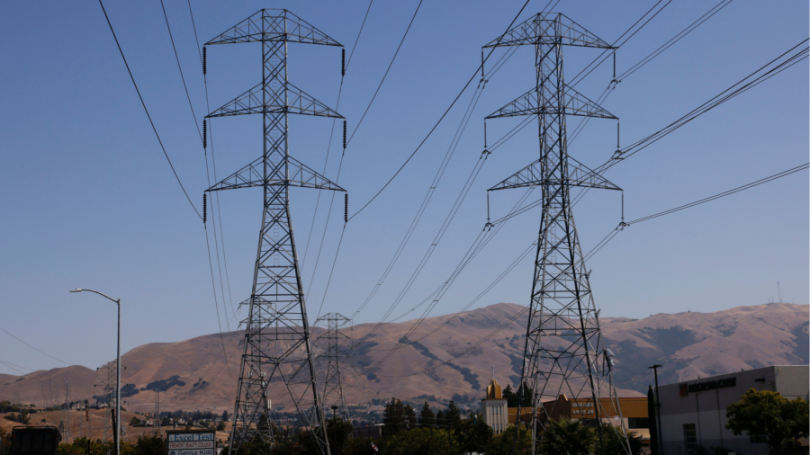 A US push to speed up environmental reviews for electric lines, gas pipelines and other energy infrastructure is running into resistance in Congress, with some lawmakers wary of enabling fossil fuel production even if legislation also supports a cleaner power grid.

Senator Joe Manchin extracted a pledge to reform energy permitting in return for his vote for Democrats’ $700bn climate and tax law passed last month. Congress is likely to debate the possible reforms in September.

The pace of review under US environmental laws, and litigation that often follows, has long frustrated oil and gas pipeline companies. A government survey found that between 2010 and 2018, the median time to complete a federal environmental review was 3.5 years.

But regulatory obstacles also irk developers of carbon-free power sources such as solar and wind farms. Projects such as new long-distance transmission lines are critical for delivering their electricity to markets.

Manchin’s published wish list includes a maximum two-year permitting review for major projects, a statute of limitations for court challenges to regulatory approvals and enhanced federal permitting authority for interstate power lines, which currently require the assent of a patchwork of states in their path.

It also specifically urges the completion of the Mountain Valley pipeline, a 300-mile project designed to move shale gas out of Manchin’s home state of West Virginia which has languished in the courts.

Clean-energy advocates say there is a dire need to reform the way power lines are permitted. Gregory Wetstone, chief executive of the American Council on Renewable Energy, compared the construction of interstate power lines with the building of the interstate highway system decades ago.

“We don’t have that ability to build an interstate transmission line. If this is how we tried to build our highway system in the ‘50s, we’d have 50 different road systems that can’t connect to one another,” said Wetstone. “It doesn’t work.”

The National Environmental Policy Act (Nepa), passed in 1970, imposed rigorous reviews of the impacts of highways and other big infrastructure projects under federal purview. Wetstone said he did not want to see any changes to Nepa beyond there being “a concrete decision time” for reviews.

But climate advocates worry that the early proposal offered by Manchin and Senate majority leader Chuck Schumer will also fast-track oil and gas projects that add to US carbon emissions.

A leaked copy of draft legislation that has been circulating among climate groups, seen by the FT, specifies that president Joe Biden would need to pick five fossil fuel projects to expedite as part of the bill.

The draft was watermarked “API,” which are also initials of the American Petroleum Institute oil lobby. A spokesperson for API said the group did not author or edit the document.

“This bill is a travesty,” said Kassie Siegel, director of the Climate Law Institute at the Center for Biological Diversity. “The purpose of this legislation is to benefit the fossil fuel industry.”

Climate campaigners opposed the two-year limit on reviews and amendments to reviews of projects under the Clean Water Act, another longstanding US law that states and environmental groups have used to stop energy infrastructure.

Last week, 70 progressive Democratic lawmakers wrote to House Speaker Nancy Pelosi to outline their opposition the draft bill, urging her not to attach it to so-called “must pass” legislation.

They said the draft bill would disproportionately hurt poorer and minority groups and “restrict public access to the courts to seek remedies against illegal project development [and] place arbitrary limits on the amount of time the public is given to comment on polluting projects”.

A congressional aide told the FT that Democratic House lawmakers were privately asking Pelosi for more time to craft a permitting bill that could be agreed to by progressives in the party.

In the Senate, the leftwing Bernie Sanders of Vermont last week railed against what he called Manchin’s “side deal,” calling it a “huge giveaway to Big Oil to drill, produce and sell more fossil fuels”.

Rob Gramlich, president of Grid Strategies, a consultancy, and co-founder of Americans for a Clean Energy Grid, which advocates for expanding the US power transmission network, said that while Nepa was not a major problem for renewable energy infrastructure, its implementation could be “dysfunctional”, such as the need to conduct multiple reviews for different federal agencies.

He said there was a question about the “harm versus the benefit” of permitting reforms as the energy system underwent a fuel transition.

“If overall demand for fossil fuels is declining significantly while demand for clean energy is dramatically rising, and we could meet that demand if we had the infrastructure, then what is the overall give and take here?” he asked.

“I think every member of Congress has to weigh that up,” Gramlich said.