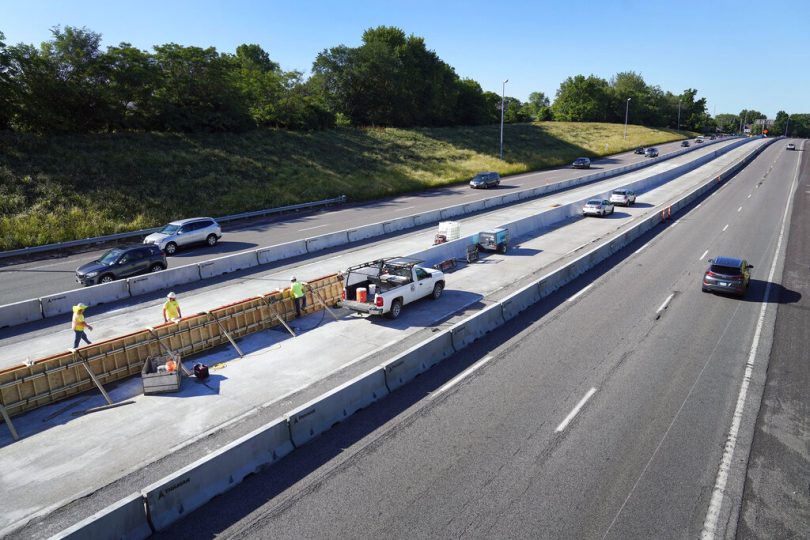 One of the long-standing public policy disagreements between Republicans and Democrats is over when government intervention in the economy is warranted.  Republicans are prone to criticize government programs as being wasteful and inefficient, while Democrats maintain they can help to fill gaps that the private sector cannot or will not address.

The Infrastructure Investment and Jobs Act (IIJA), enacted one year ago, is an area where bipartisan agreement was possible. When President Biden assumed office, both Republicans and Democrats recognized that spending on public infrastructure was inadequate. Indeed, the American Society of Civil Engineers assigned a “D+” rating in assessing the quality of U.S. infrastructure in 2017 after President Trump assumed office.

The legislation is the largest public works bill in U.S. history, authorizing $1.2 trillion in spending and new outlays of $550 billion. It is also highly complex because it serves a wide range of needs. It is principally a transport bill that modernizes roads and bridges, public transit, rail, ports and waterways and airports. But it also expands broadband and wastewater facilities and provides for clean energy.

Because of the size and complexity, it is difficult for the public to understand the mechanics of how the bill works. Accordingly, The Brookings Institution launched the Federal Infrastructure Hub earlier this year to track how the legislation is being implemented. It provides practitioners, researchers, journalists and others a single place to view every program the law funds.

One of the main findings thus far is that the IIJA could launch 129 new federal infrastructure programs or carve outs that will enable the executive branch to rethink infrastructure administration for the next five years.

Meanwhile, Transportation Secretary Pete Buttigieg has provided periodic updates. In a Bloomberg interview shortly after he assumed his post, Buttigieg emphasized that one of his top priorities was to “fix it first.” By this, he was referring to the huge backlog of road, highway and transit repairs that are estimated to total about $1 trillion nationally. He contends there are not sufficient funds to tackle every project, and many structures should not be replaced because they are obsolete.

One pushback from Republican officials is that it is better to leave such decisions to local leaders. Sen. Shelley Moore Capito (R-W.Va.), who was an architect of the road funding section of the bill, has commented that the “fix it first” policy was specifically left out of the law and that Buttigieg’s job is to implement policy rather than rewrite it.

Regarding new investments, Buttigieg has indicated that the Transportation Department is looking at projects that are “shovel worthy” – i.e., those that offer benefits over the long run – as well as ones that are “shovel ready.” His message is that it will take years to assess some of the program’s investments.

A research report by the Federal Reserve Bank of Richmond comes to a similar conclusion. It finds: “For one, the short-run effects of public investment on output will likely be small. For another, the long run effects will likely be larger, although in general there is large uncertainty about how much public capital can increase future productive capacity.”

Finally, Buttigieg also has emphasized that there have been serious impediments to rebuilding America’s infrastructure. Specifically, supply disruptions to the transport system in the last two years are the largest in recent history due to the COVID-19 pandemic.

One achievement is that there have been significant improvements in the past year.  According to a Wall Street Journal report, for example, the queue of ships waiting to unload cargo at ports in Los Angeles and Long Beach is down to a handful recently.  The New York Fed’s Global Supply Chain Pressure Index (GSCPI) also decreased in September for the fifth consecutive month and is well below the peak earlier this year.

Among the questions people ask are where the funds are going and on what basis decisions are made.

A Washington Post story by Ian Duncan cites six projects that have received grants totaling $120 billion. The Transportation Department is prioritizing projects that will improve safety amid a spike in crash deaths, help to reduce carbon emissions and create a more equitable transport system, especially in Black and Hispanic communities that have been overlooked historically. The story notes that applicants aim for several of those objectives by proposing, as an example, to overhaul roads in poorer neighborhoods in hopes of making it safer for cyclists and pedestrians.

According to DJ Gribbin, who served in the Trump administration, one of the mistakes it made was to assume the federal government is the primary owner of the country’s infrastructure. In fact, it owns only about 6 percent of the nation’s transport and water infrastructure, and its main role is to supply grants to states and municipalities and to regulate environmental and safety rules.

In this regard, the IIJA legislation dedicates the majority of transportation money that originates at the federal level to the states. Brookings estimates that three quarters of the bill either gets delivered directly to states and localities via formula funding or to specific federal agencies for predetermined activities. However, the law also offers new discretion and billions of dollars to the Transportation Department. For this reason, Ian Duncan maintains “Buttigieg’s choices will shape U.S. infrastructure for generations.”

Back to the moon at any cost

Overall, the roll out of the public infrastructure plan is sound. It lays out a roadmap to identify potential projects in each of the targeted areas. It also attempts to attract private funding that will co-invest alongside public entities, thereby leveraging the bill’s impact.

The law’s success ultimately depends on how well funds are allocated. While disagreements about individual projects are inevitable, the key issue is whether U.S. infrastructure will be in better shape at the end of this decade than it is now. Based on the progress to date, I believe the public infrastructure law has the potential to be one of the better uses of public funds and could transform public transportation.

Nicholas Sargen, Ph.D., is an economic consultant for Fort Washington Investment Advisors and is affiliated with the University of Virginia’s Darden School of Business.  He has authored three books, including, “Investing in the Trump Era: How Economic Policies Impact Financial Markets.”