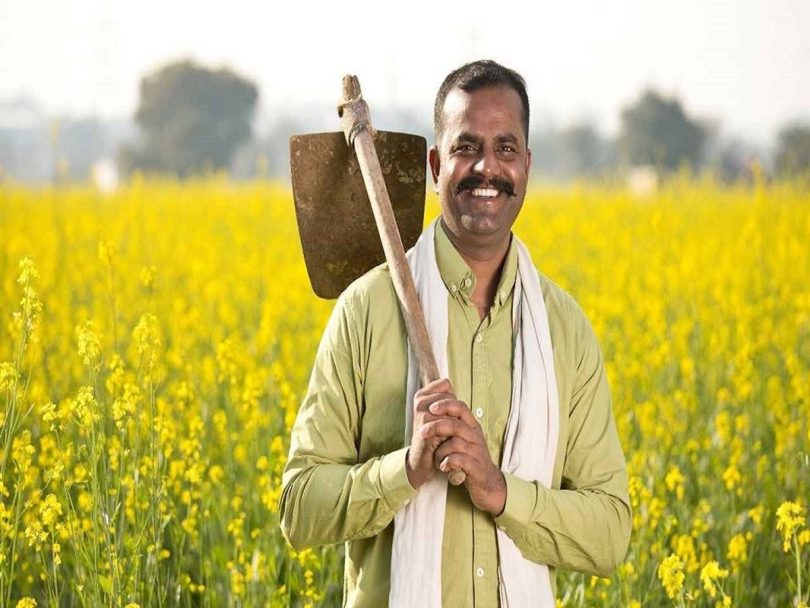 Agriculture is an important economic activity that can improve the income of the farmers even if small but timely support is extended to the farmers. A few years ago farmers’ suicide was a routine new item in India. In India, more than half of the farming households do not have access to formal credit.

More than 50% of farmers rely on informal credit and one-fifth of farmers purchase inputs on credit. Money lenders and middlemen exploited this situation as they were the only source of cash for basic agriculture inputs for the farmers. Exploitation by them was the theme of Indian movies, stories, and literature.

This fundamental social concern was not getting focused attention from successive governments since independence. Farmers were the fringe elements of the outside economic activity until Jan-Dhan bank accounts were opened and the PM-KISAN scheme was operational. This aid provides income support to the families of landholding farmers in India and provides supplementary financial support to the farmers to procure various inputs related to agriculture and allied activities and their immediate domestic needs. This has reduced the financial distress among small and marginalized farmers.

PM-Kisan Samman Nidhi Yojana (PM-KISAN) through this span of 3.5 years has successfully provided assistance of more than Rs 2 Lac crore to beneficiaries. The 11th installment of PM-KISAN which is also the single largest direct cash transfer in the world; over 21 thousand crore rupees have been transferred by a single press of a button directly into the accounts of the beneficiary farmers.

The PM-KISAN scheme is a Central Sector Scheme. Under this scheme financial benefit of Rs. 6000/- per year is transferred into the bank accounts of farmers’ families across the country, subject to certain exclusion criteria relating to higher income status, through the Direct Benefit Transfer (DBT) mode. The amount is transferred in three equal installments of Rs 2000/- every four months, viz. April-July, August-November, and December-March each financial year.

The Government is trying to reach and pass on the benefit to all eligible farmer families through this scheme. This is one of the finest examples of good governance and the most effective welfare scheme for remotely located vulnerable segments of society, also strengthening the rural employment and the food security ecosystem of India. PM-KISAN increased financial inclusion of the vulnerable sections through the penetration of Bank Accounts, Aadhaar adoption, and linkages of Banks with Aadhaar in Rural Areas.

A majority of the farmers getting PM-KISAN benefits are economically weak, this means the wastage of money will be less and farmers will be careful in using the available funds for their welfare. This is becoming visible in various studies and findings which clearly indicate that the utility of income support has positive spending patterns and farmers’ spending is well aligned with the objectives of the PM-KISAN scheme. Various studies have now evidence that suggests that more than 50% of farmers who received the benefits in the agricultural peak season have spent their money in the agriculture sector. More than 60% of farmers who received the money in the off-season spent the money on consumption, education, and medical purposes.

Moreover, the studies show that spending patterns of farmers in the agriculture sector are correlated with the farmer’s dependency on the agricultural sector, farm size, and difficulty in access to credit, despite the best efforts of the Government and Banks. Studies also establish the evidence that the PM-KISAN has significantly stimulated the KVK’s impact on the adoption of better and modern agriculture practices. This has improved their productivity and production and further supplemented their income.

The agricultural extension system (e.g., KVKs) along with PM-KISAN has encouraged farmers for making productive investments in agriculture. The findings indicated that the PM-KISAN scheme has a substantial positive incremental impact on farmers’ income and in turn, this has benefitted the overall national economy and other macro-economic indicators like yield, output, gross value added, consumption and government revenue, saving, and trade.

Schemes like PM-KISAN are very vital to reduce financial distress in the vulnerable sections of society with a positive impact on the overall social and economic welfare of India.