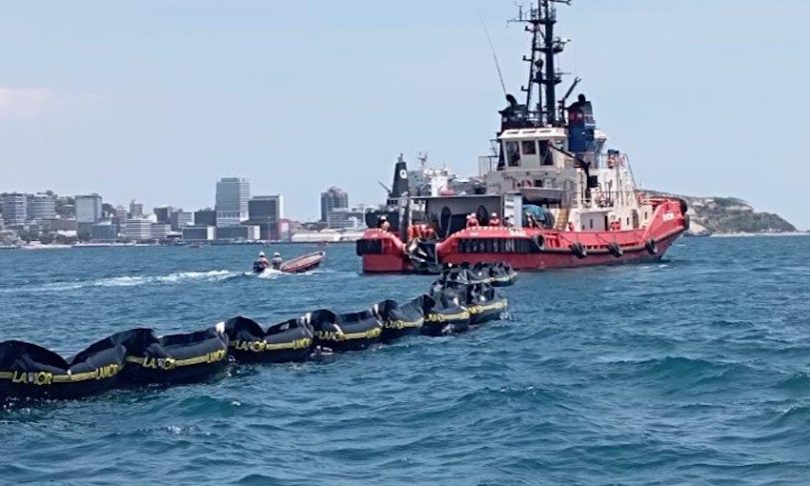 The staged scenario involved a containership experiencing a blackout, temporarily losing control of the steering and colliding with a bulk carrier anchored in the port.

The impact would damage the bulk carrier’s hull and cause 1000 tonnes of heavy fuel oil to spill from the fuel tank into the harbour.

The hypothetical situation also required a medevac response for a crewmember with a head injury.

“Both the theoretical and practical training were valuable in improving participants’ understanding of the different response techniques and enhanced their appreciation of all aspects of oil spill response,” he said.

The National Maritime Safety Authority acknowledged participants’ professionalism and enthusiasm during the exercise.