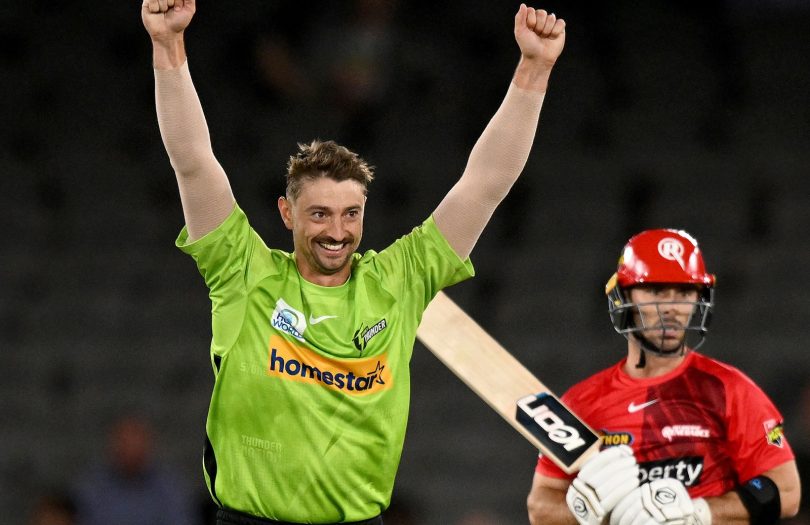 When the Sydney Thunder were bowled out for 15 in their second match of KFC BBL|12, the Adelaide Strikers took all 10 wickets in 5.5 overs.

The Thunder barely made it out of the Powerplay and didn’t get close to being able to use their two-over Power Surge.

Every wicket from the Thunder’s 35-ball capitulation

But it’s been the Thunder’s dominance in the Surge that has since sparked their revival with the team in lime green having won four games on the bounce to sit in third spot in the Big Bash standings.

The Power Surge is effectively a floating Powerplay.

At any stage after the 10-over point of the innings, the batting side can elect to take their Power Surge, meaning the fielding side can only have a maximum of two fielders outside the inner circle.

Now that we’re just over halfway through the BBL season, we thought we’d see which teams are making the most of the fielding restrictions and which teams are really struggling.

Numbers provided by Opta show the Thunder and the second-placed Perth Scorchers are the standout teams in the competition with both bat and ball once the field is brought up.

From 11-and-a-half Surge overs, the Scorchers boast an incredible run rate of 14.70, more than two runs an over higher than the next best, Sydney Thunder (12.40).

On average, the both the Scorchers and the Thunder take their Power Surge ahead of the 15th over.

Interestingly, the first-placed Sydney Sixers have the competition’s worst Surge run rate, at just 8.36 runs per over.

This is despite the destructive Dan Christian’s performances (31 runs from 12 balls) as none of the other Sixers’ batters have a strike rate above 130 in the Surge.

The Hurricanes meanwhile haven’t quite got the formula right, losing 14 wickets in 14 Surge overs, comfortably the most of any team.

This is a worrying trend for the Hurricanes dating back to the Power Surge’s introduction in BBL|10 – no team comes close to their 49 wickets lost in Surges (the Strikers’ 36 is the next most).

When analysing the bowling stats, the Sydney Thunder instantly stand out as the dominant side.

Unsurprisingly, with bowlers of the quality of Jhye Richardson (Surge economy rate of 6.60) and Andrew Tye (9.00) the Scorchers also ranked very highly with the ball.

Richardson the destroyer picks up another four-for

Just like their struggles with the bat, the Sixers are also the worst Power Surge team with the ball.

They’ve tried six different bowlers in this period and Chris Jordan’s economy rate of 11.33 is the best of the lot.

But the Sixers are proving success in the Surge isn’t everything as they sit on top of the standings with five wins from nine matches.

See the full standings at the bottom of the article.