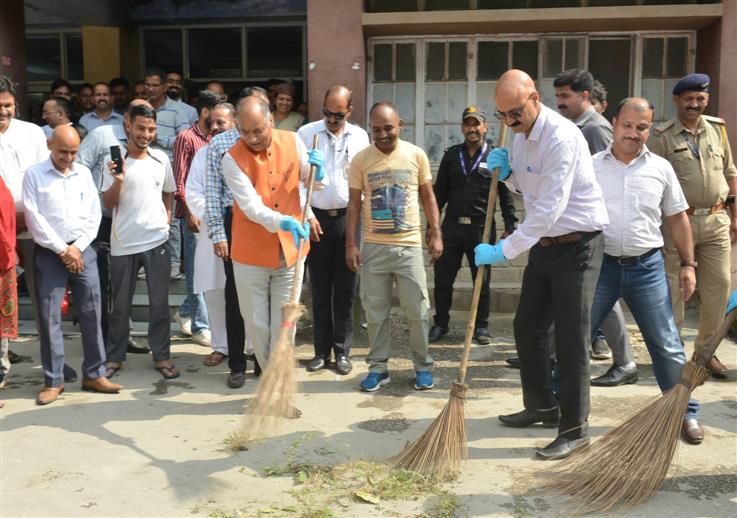 Chief Minister Jai Ram Thakur here today reviewed the preparedness for Prime Minister Narendra Modi’s visit to the district on September 24. He presided over a meeting with officers and directed them to ensure foolproof arrangements to make the event a success.

He directed Public Works Department (PWD) and National Highways Authority of India (NHAI) officials to ensure proper maintenance of roads leading to Mandi city, besides making elaborate arrangements for parking for buses and other vehicles.

The Chief Minister said that smooth and uninterrupted flow of vehicular traffic must be ensured. He added that the road from Kangnidhar to Mandi city should be beautified. He directed the Jal Shakti Department to ensure uninterrupted water supply.

Thakur also directed the Mandi Municipal Corporation to launch a special cleanliness campaign in the city, before and after the rally. MLA Jawahar Thakur, officers of the PWD, Jal Shakti Department, Municipal Corporation, NHAI, Health and other departments attended the meeting. He inaugurated a blood donation camp and extended birthday wishes to the PM on the behalf of the people of the state.