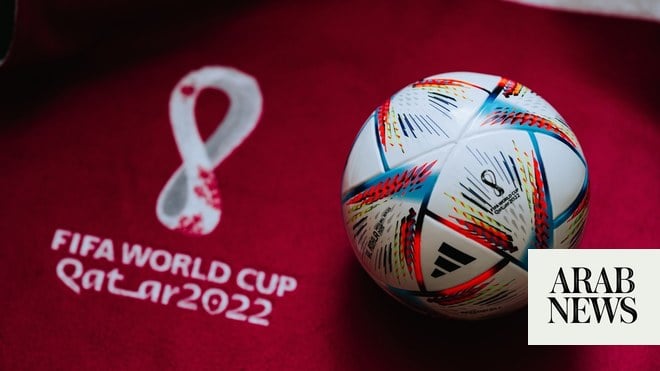 DAVOS: With the World Economic Forum’s Annual Meeting returning to the familiar snow-covered mountains of Davos, many are wondering what the Arab world’s delegations are going to bring to the mix.

“I think, in short, it is their time to shine,” Maroun Kairouz, WEF’s head of the Middle East and North Africa region, told Arab News.

“(This is) the culmination of years of efforts and commitment to reforms that we have seen in Saudi Arabia, the UAE, Qatar and Oman.

“Now they are harvesting the fruits of seeds that were planted five, six, and, for some countries, 20 years ago, and that puts them in that position.”

This year’s summit follows the theme of “Cooperation in a Fragmented World” — a fitting one given the many overlapping crises now plaguing the globe.

Russia and Ukraine’s war is approaching its first anniversary with no signs of abating, contrib

uting to an ongoing inflationary crisis, which has placed a huge strain on households worldwide.

Meanwhile, intensifying geopolitical and geoeconomic competition between world powers, particularly China and the US, is creating further uncertainty and reshaping the global power balance.

With a record number of Arab heads of state descending upon Davos for this year’s summit, it is clear that the region, thanks to its geopolitical and economic positioning, is a strong candidate to act as a mediator amid such crises.

“We have seen a return of the region as a centerpiece of global geopolitical efforts,” Kairouz told Arab News. Notable examples of this over the course of the past year include US President Joe Biden’s visit to Saudi Arabia, the Kingdom’s hosting of Chinese President Xi Jinping at the China-Arab Summit in December, and Crown Prince Mohammed bin Salman’s role in mediating a prisoner swap between Russia and Ukraine.

“It’s a bit of a dose of realism to say, even if you have interests elsewhere, that this region is key to global stability, it’s key to energy stability and to economic stability across the world,” said Kairouz.

“I think many countries have come to that realization given the events of the past year.”

Borge Brende, the president of WEF, also highlighted the importance of the Arab world at the opening of this year’s meeting. “We have six heads of states and governments, and very strong delegations,” he told a press conference.

“The Middle East is also important when it comes to investments, with sovereign wealth funds that are investing all over the world,” he added.

Although Kairouz praised Saudi Arabia, the UAE and Qatar for their recent progress on the economic and diplomatic fronts, he urged them not to take their foot off the accelerator of reform.

“The hope now is that high energy prices, and let me say, a more favorable fiscal environment, does not lead to a relaxation of momentum around reforms to further consolidate that position and further advance on that path of prosperity and economic importance,” he said.

Saudi Arabia’s economic importance is evident through the scale and strength of its growth rate. The Kingdom is set to overtake India as the fastest-growing major economy in 2023, driven by the gains of higher energy prices.

According to official data released by India’s Ministry of Statistics and Program Implementation, Saudi Arabia is expected to outpace India with 7.6 percent gross domestic product growth. “The Gulf Cooperation Council has been one of the strongest subregions in terms of economic growth,” said Kairouz.

“For 2022, Saudi Arabia was one of the fastest-growing large countries with around 8 percent of economic growth. Keep in mind, the S&P is down 20 percent over the last year,” he added, referring to the US stock market index that tracks 500 publicly traded domestic companies.

“If we have a replay of the 2007-2008 financial crisis, which investors have deep patient pools of capital? It’s again the sovereign wealth funds of the Arab world. They played a key role back then to stabilize global markets and to provide liquidity.”

With this in mind, Kairouz predicts that if the world does enter a recession, the Gulf countries will “again be front and center in those efforts.”

According to WEF’s own research, two-thirds of chief economists expect a global recession will occur this year, given continued geopolitical tensions and further monetary belt-tightening in the US and Europe.

“With two-thirds of chief economists expecting a worldwide recession in 2023, the global economy is in a precarious position,” Saadia Zahidi, managing director of WEF, told a press conference ahead of the meeting.

“The current high inflation, low growth, high debt and high fragmentation environment reduces incentives for the investments needed to get back to growth and raise living standards for the world’s most vulnerable.”

More than 2,700 world leaders and diplomats will take part in this year’s WEF meeting, with a strong representation from all the key regions of the world.

However, Arab delegations who are absent from this year’s summit include the crisis-wracked nations of Lebanon and Yemen. Kairouz says both governments were urged to attend but to no avail.

“We have extended invitations to their governments, and we had at one point positive momentum,” he said.

“But unfortunately, internal dynamics have prevented them from being represented. You know, Lebanon, for example, now has a presidential vacuum, and it’s difficult for ministers or the prime minister to travel under these circumstances.”

Lebanon has been mired in its worst-ever financial crisis since late 2019. Despite the unprecedented crisis, which has thrown millions into poverty, its politicians continue to squabble, leaving the appointment of a new president in deadlock since October last year.

Arab participation in WEF and other such summits has an added urgency as the common threat of man-made climate change leads to evermore extreme weather events and environmental damage across the Middle East region.

“By 2050, we could lose 14 percent of the region’s GDP because of water issues,” said Kairouz. “If there is no action being taken very quickly, this region is one of the ones that will suffer the most because of climate change.”

However, with climate conference COP27 having taken place in Egypt last November, and with COP28 hosted by the UAE later this year, Kairouz says there is “a great opportunity to already set the stage for 2035 for the region to become a leader and pioneer.”

He added: “We have all the tools that we need — the financial tools and the expertise in terms of managing big projects — to really become a global leader in climate action.”

In addition, the Davos meeting will feature its highest-ever business participation, with more than 1,500 private sector leaders registered across 700 organizations, including more than 600 of the world’s top CEOs from WEF Partners.

Over 125 experts and heads of the world’s leading universities, research institutions and think tanks will also join the meeting.

According to organizers, the WEF meeting will also be climate-neutral for the sixth consecutive year.