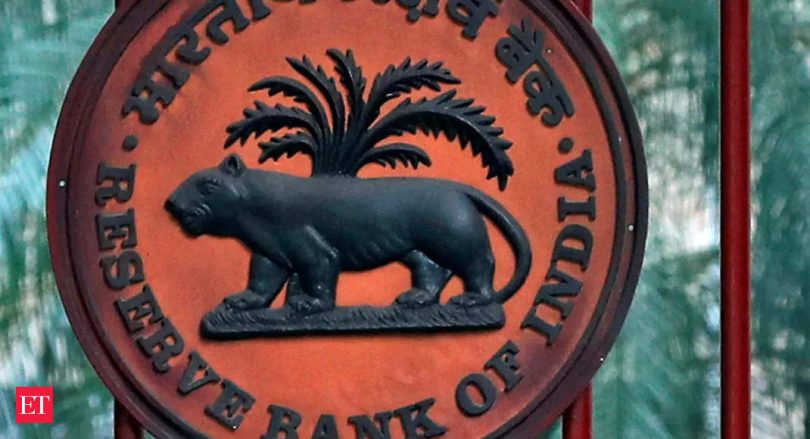 Amid the standoff between the Reserve Bank of India (RBI) and the European Securities and Markets Authority (ESMA), the former is open to the idea of European banks carrying out government securities trading and custody businesses through locally incorporated non-bank arms of these MNC institutions.

If the proposal gains ground, it would come across as a strong signal from Indian authorities on regulatory jurisdiction and control over key market infrastructure.

The suggestion cropped at the meeting between RBI deputy governor T.Rabi Sankar and senior officials of European Union banks having branch operations in India, multiple sources told ET. “The option of using a non-bank or a primarily dealer arm was mooted by Deutsche Bank. But while RBI is open to the suggestion, it may not be acceptable to other EU banks,” said a person familiar with the discussion.

An RBI spokesperson did not respond to ET’s queries while Deutsche Bank officials declined to comment on the matter.

The differences stem from RBI’s unwillingness to accept ESMA’s demand to inspect, and even penalise, key Indian institutions like the Clearing Corporation of India Ltd which serves as a central counterparty (CCP) that absorbs the clearing and settlement risks in transactions like government securities, repos and widely-traded derivatives like foreign exchange forwards and interest rate swaps used to hedge positions.

“The foreign banks operate as branches and are part of the parent organisation in their respective countries. However, a non-bank subsidiary of a European bank in India is a local company which would be outside the regulatory purview of ESMA. Deutsche already has a non-bank arm in India. But I doubt whether other EU banks like BNP Paribas, Societe Generale and Credit Agricole would be keen on a non-bank route. For some of these banks a non-bank may not be approved by their headquarters due to credit rating and capital issues,” said a senior banker.

“This was RBI’s second meeting with the European banks. It appears that RBI’s views have not changed. It believes, probably rightly so, that ESMA is making extra-territorial demands. So, as of now, the differences (between RBI and ESMA) remain unresolved,” said another person.ESMA has derecognised six Indian CCPs including a large clearing corporation for equity market trades. Even if the Indian capital market regulator strikes a middle ground with ESMA, the latter’s differences with RBI force many local and foreign financial institutions to change tack and switch their custodians.

In the absence between the regulators of the two countries would have dual impact on European banks: first, the inability to use CCIL could affect their proprietary trades as well as deals that banks do on behalf of clients in the gilt, interest rate and currency derivatives; second, banks like Deutsche and BNP which act as custodians to foreign portfolio investors (FPIs), domestic mutual funds and insurers may lose their custody business to banks like Citi, ICICI, HDFC and Kotak. Under the circumstances, a possible use of a local non-bank arm could come handy.

A custodian which doubles up as a bank also buys and sells foreign currency which offshore investors like FPIs convert to rupees for investing on Indian exchanges and convert back into foreign currency for remitting funds abroad. A non-bank custodian would be better placed if it has a foreign exchange trading license like an authorised dealer bank. “Indeed, a few domestic non-bank custodians had made representations to the regulators on letting them handle forex transactions as pure non-lending entities as it happens abroad,” said an industry source.

If the differences cannot be bridged over the next few months, the European banks would have to route trades through another non-European bank by operating a constituents’ subsidiary general ledger account (CSGL) for trading in government securities. Banks hold subsidiary general ledger (or SGL) accounts maintained in the books of RBI while a CSGL is an SGL is an account opened and maintained with RBI by agent on behalf of the constituents. To enable European banks to have CSGL with another bank, RBI would have to change the rules to let these banks simultaneously hold SGL and CSGL accounts and transfer securities between the two.