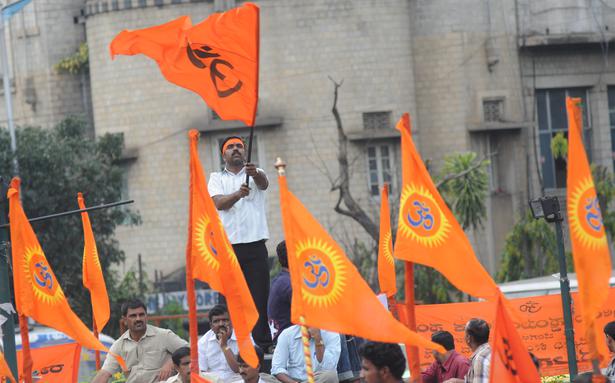 The three-day All India Coordination Meeting of the Rashtriya Swayamsevak Sangh (RSS) is to start in Raipur from Saturday. As many as 36 organisations affiliated with RSS will take part in the sessions, which will cover a wide range of issues, including education, training, national security and even politics as BJP president J.P. Nadda and the party’s national general secretary B.L. Santosh will participate in the meet headed by RSS chief Mohan Bhagwat and its all India general secretary Dattareya Hosabale .

Informing about the meeting, RSS publicity in-charge Sunil Ambekar said that the event, held annually, would be attended by organisations working in various fields to serve society.

The meeting will have discussions about the work being done by these organisations as well what more needs to be done, added Mr. Ambekar, who further said that discussions on coordinated efforts on topics such as the environment, family awareness, and social harmony will also take place.

He also added that issues related to ‘ gau seva’ (cow welfare), environment, education, economy and national security will also come up for brainstorming during the meeting.

“Among those who would be present include BJP president J.P. Nadda and national general secretary B.L. Santosh,” confirmed Mr. Ambekar, who refused to answer a question on the role of the RSS in the elections in Chhattisgarh, which are schedule to be held late next year.