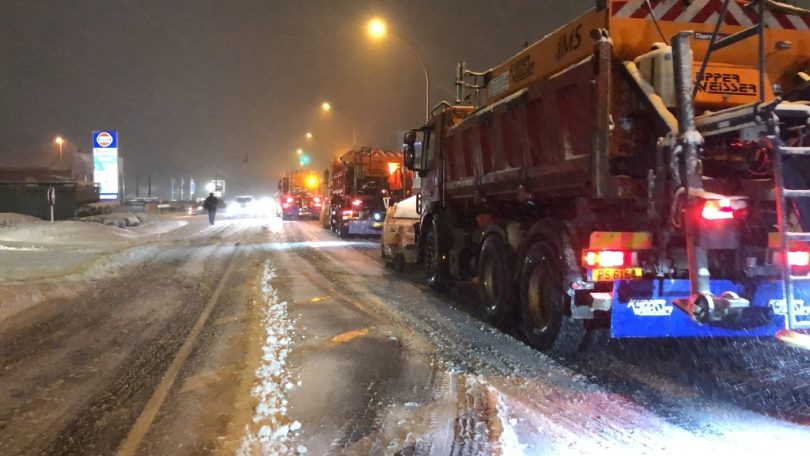 There was minor disruption on Luxembourg’s roads on Friday night as snow continued to make drivers’ lives difficult.

The snowfall that hit Luxembourg surprised many motorists, but despite the weather conditions, emergency services only recorded two accidents on the country’s roads on Friday evening.

The first one involved a car and a tree between Lulange and Boevange, with one person injured. The second involved two vehicles that collided in Dudelange in the rue Mathias Cungs. One person was also injured in this accident.

Meanwhile, at least three lorries are known to have been stuck in the north of the country without being damaged. In the vicinity of the Waldhaff, there were several minor road accidents, as an accumulation of snow accumulation turned some stretches of road into an ice rink.

Numerous snow ploughs were deployed across the country to keep roads open. Fortunately, on the main roads, traffic was able to flow more or less normally. In some places, motorists had to make do with driving in one lane, as on the Echternach road, but accidents were avoided.