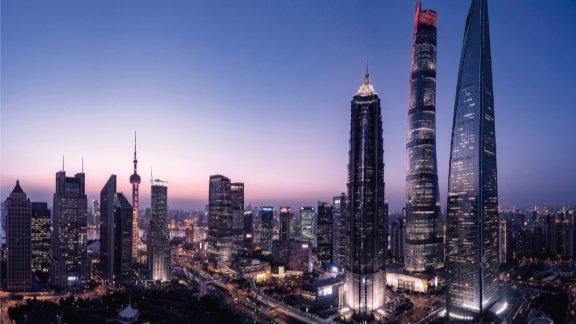 Shanghai’s gross domestic product dipped slightly in 2022 as the city was hit hard by coronavirus outbreaks this year. But the economic condition has reflected signs of recovery.

The city’s GDP was approximately 4.47 trillion yuan (US$658.29 billion) in 2022, down 0.2 percent from the previous year (calculated at comparable prices), according to the local statistics bureau on Friday.

Value-added industrial production of enterprises above designated size (those with annual main business revenues above 20 million yuan) fell 0.6 percent year on year, narrowing from the decline in the first three quarters by 1.6 percentage points.

The annual industrial output totaled about 4.05 trillion yuan in 2022, down 1.1 percent from a year earlier but narrowing from the 1.5 percent drop in January-September period.

Among them, key industries such as automobiles and electronics presented faster growth. Total output value of automobile manufacturing jumped 9.3 percent year on year, while that of the computer, communications and other electronic equipment manufacturing industry increased by 1.7 percent.

Output of the city’s industrial strategic emerging industries bucked the trend of recession, adding up to 1.74 trillion yuan with an increase of 5.8 percent from 2021. It accounted for 43 percent of the total industrial output, a proportion of 2.4 percentage points higher than 2021 and up 0.5 percentage points from the first nine months of 2022.

Fixed-asset investment in 2022 fell 1 percent year on year but has accelerated recovery, narrowing from the 8.6 percent tumble in the first three quarters. Also recovering were the industrial investment and the real estate investment.

The city added about 563,500 jobs last year. And the surveyed urban unemployment rate in December was flat from November.