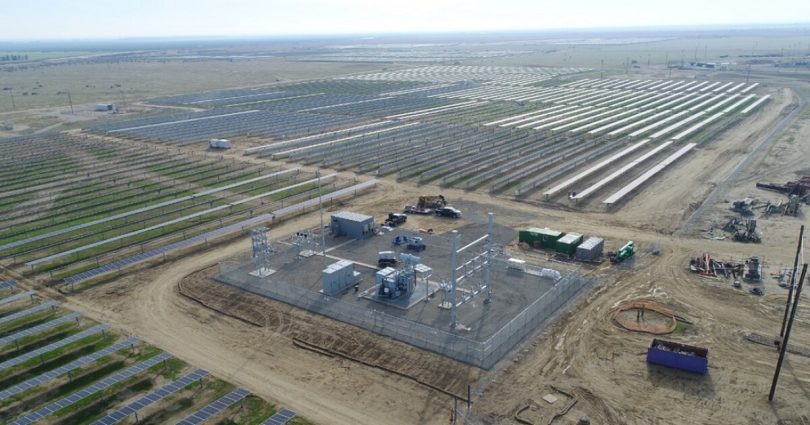 The Lost Hills oil field in California’s San Joaquin Valley has been producing oil since 1910, with significant reserves yet to be extracted. The operators plan to continue to produce oil for many years to come, with the goal of providing reliable, affordable, and ever-cleaner energy to customers in California.

Before the solar project, Lost Hills, which operates as a waterflood, imported all its power from the local utility. The electrical energy load, which is generally stable throughout the day and over the year, is driven mainly by artificial-lift systems, fluid-processing facilities, and waterflood injection pumps. Faced with higher utility energy rates and increasingly stringent greenhouse-gas (GHG) emission regulations, the operator embarked on a project to identify alternatives to reduce its energy costs and lower its carbon footprint.

After evaluating different self-generation alternatives, including solar, wind, and different gas-fired systems, the decision was made to build a solar photovoltaic (PV) plant. This was the most economic and technically feasible option. It also reduces GHG emissions and generates state Low Carbon Fuel Standard (LCFS) credits, which will help California meet its goal of lowering carbon intensity of its transportation fuel pool by 20% by 2030.

This paper outlines one of the first efforts by a major oil and gas company to build a net exporting, behind-the-meter solar PV plant to lower the operating costs and carbon intensity of a large, mature oil and gas field. The 29 MWAC (35 MWDC) Lost Hills solar plant in Lost Hills, California, commissioned in April 2020, covers approximately 220 acres on land adjacent to the oil field and is designed to provide more than 1.4 billion kW-hr of solar energy over 20 years to the field’s oil and gas field production and processing facilities. The upgrades to the electrical infrastructure in the field also include new technology to reduce the risk of sulfur hexafluoride (SF6) emissions, another potent greenhouse gas (GHG).

Prior to solar, the Lost Hills field was importing all its electricity from the grid. With the introduction of the Innovative Crude Program as part of California’s Low Carbon Fuel Standard (LCFS) and the revisions to the California Public Utilities Commission Net Energy Metering program, Lost Hills was presented with a unique opportunity to reduce its imported electricity expenses, reduce its carbon intensity, while also generating LCFS credits. The plant was designed to power the field during the day and export excess power to the grid to help offset night-time electricity purchases.

The solar plant operates under a Power Purchase Agreement with the solar PV provider and, initially, will meet approximately 80% of the oil field’s energy needs. Plans include the incorporation of lithium ion batteries, DC-coupled with the solar inverters and with a total capacity of 20 MWh. This energy storage system will increase the amount of solar electricity fed directly into the field and reduce costs by controlling when the site uses stored solar electricity rather than electricity from the grid. The battery system will also increase the number of LCFS credits by 15% over credits generated by solar alone. Together, solar power plus energy storage provides a robust renewable energy solution.

This project will generate multiple benefits for the Lost Hills oil field by lowering the cost of power, reducing GHG emissions, generating state LCFS credits and federal Renewable Energy Certificates, and demonstrating a commitment to energy transition by investing in renewable technology. Hopefully, Lost Hills solar can be a model for similar future projects in other oil fields, not only in California, but across the globe.