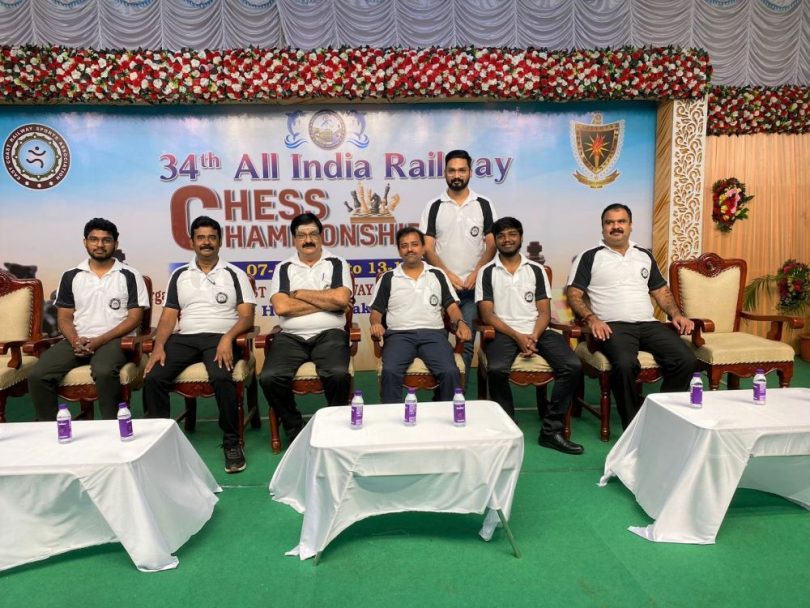 The loss of former National Blitz champion and GM Laxman R Rof ICF to the IM Vignesh N R in the third round tilted the result and also the course of the championship in favour of Southern Railway, as the other three games between them in the third round were drawn. On the other hand, Eastern Railway swept the match against Northern Railway, Delhi 4-0. In a tough match 3, South Central Railway, Hyderabad defeated Metro Railways of Kolkata with the narrowest margin 2.5-1.5, IMs Mehar Chinna Reddy and Rajesh Vav bringing victory to their team. 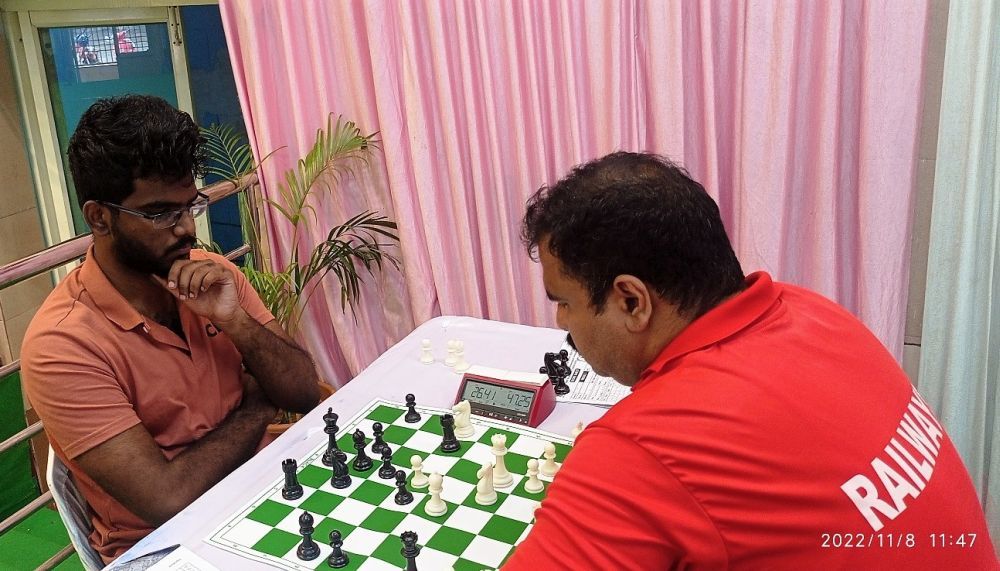 In a crucial encounter of the fourth round, Southern Railway overcame the stiff resistance from Eastern Railway. ICF had to be content with a draw against the Western Railway, the turning point being the loss of GM Karthikeyan to Amardeep Bartakke. South Western Railway drew with Metro, Kolkata, GM Thejkumar lost to IM Somak Palit. 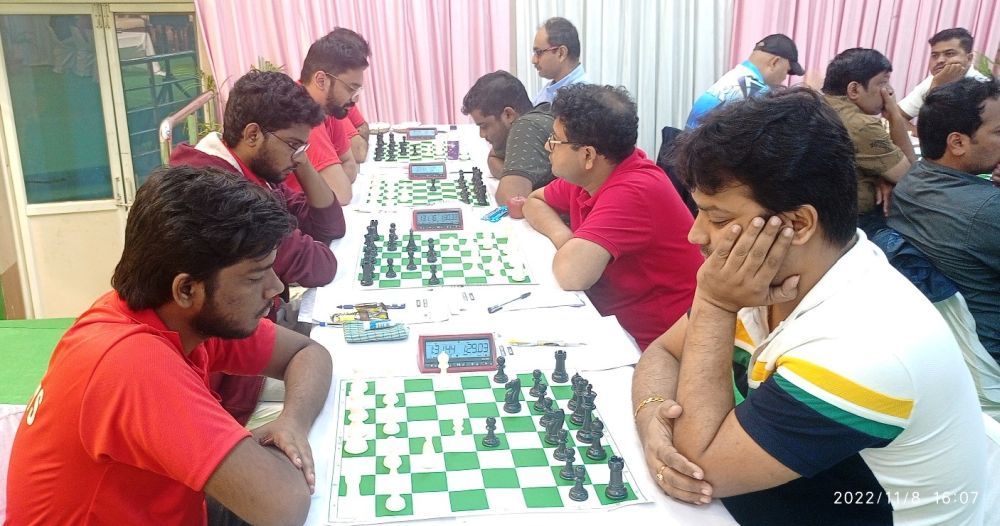 Round 4: GM Karthikeyan P of ICF lost to Amardeep Bartakke of Western Railway 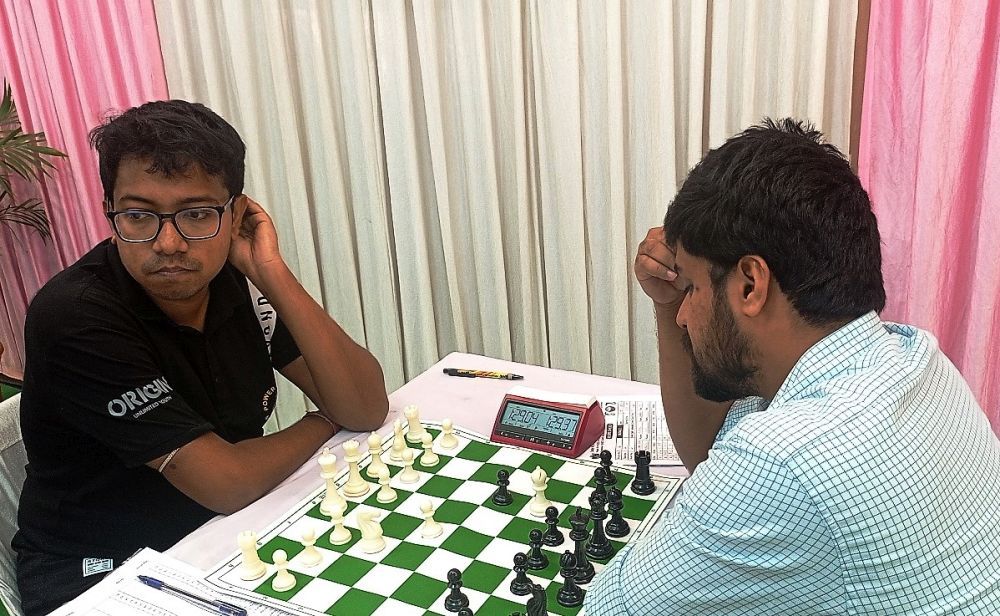 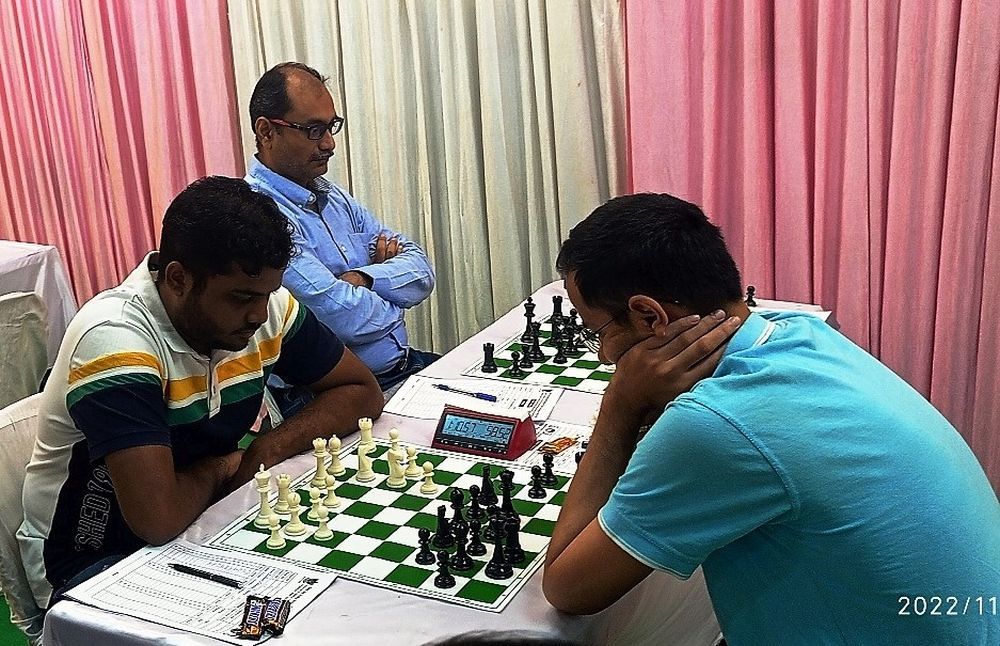 In an exciting and exhilarating endgame, Deepan exhibited his prowess to score a critical win over IM Arghyadip Das, enabling ICF to win against the Eastern Railway team. It helped them to secure the runner-up spot. South Central Railway finished third with eight match points.

The championship was inaugurated by Anup Kumar Satpathy, Divisional Manager and president of ECoRSA, Visakhapatnam in the presence of the guest of honour HL Luwan G, Chief Commercial Manager, Bhubaneswar.

A total of 67 players including seven GMs and 18 IMs represented 14 teams of various railway divisions of Indian Railways. The four-day six-round Swiss League Team Championship was organized by East Coast Railways at Waltair Stadium in Vizag, Andhra Pradesh from 7th to 10th October 2022. The tournament had a time control of 90 minutes + 30 seconds increment from move no.1.

The article was edited by Shahid Ahmed