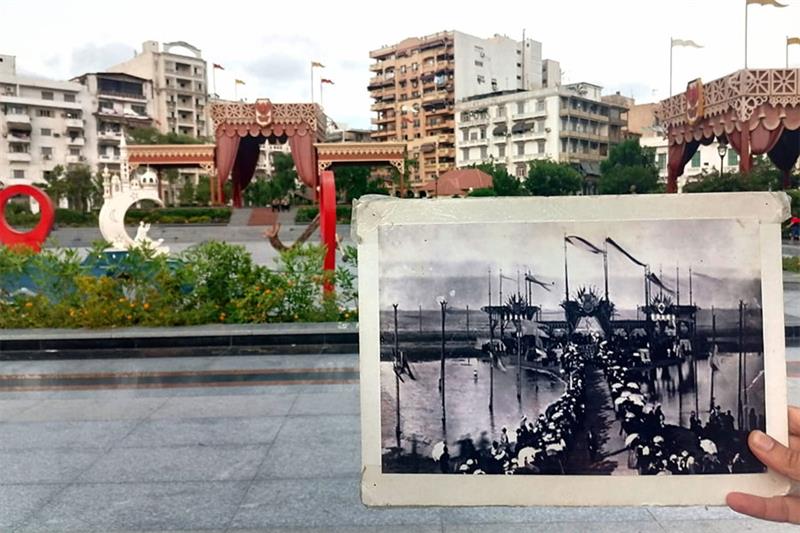 These words of the famed English Novelist Rudyard Kipling (1865-1936) adorns the entrance of StaBene (which means we have a deal, or everything is ok  in Italian, Greek and used in Egyptian slang) a key cultural hub in the Suez Canal city of Port Said.

Kipling’s words reflect the once-cosmopolitan composition of the city that was founded in the mid-19th century as a strategic port where the Mediterranean Sea would meet a new international waterway – the Suez Canal.

The new canal also saw the birth of a new city of Ismailia and the revival of the old port city of Suez.

StaBene was named after the expression esta bene – meaning ‘we have a deal’ or ‘everything is ok’ in Italian, that made its way into the Egyptian slang ages ago.

“Oh Port Said’s young and old men, you should be proud throughout the ages, you fought the occupation army, seven nights and a day,” recited Mohamed Hassan, the co-founder of StaBene, as he narrated to Ahram Online parts of his hometown’s history with pride and passion.

It also raises awareness among residents of Port Said of the importance of keeping their city clean.

Hassan is also the founder in 2014 of Port Said Ala Adeemo (Port Said of Old) initiative to raise awareness of the city’s intangible cultural heritage.

Ala Adeemo, which has been documenting Port Said heritage and organises walks through the city, started with 45 volunteers between the ages of 22 and 13,” he explained.

“This is the exact spot where the historic inauguration of the Suez Canal was launched,” Hassan said as he pointed at a wooden pluck that is tucked amidst a garden full of old trees that is surrounded by signature architecture of Port Said buildings.

Hassan pointed to Ahram Online at a spot on one of the oldest photos of the ceremony of the opening of Suez Canal to prove it.

“This area was not a garden back then. It was part of the marina. They established those wooden tents and a boardwalk for the occasion. Khedive Ismail wanted to impress Empress Eugenie of France, the emperor of Austria, and the representative of the Vatican. This happened on 16 November, 1869,” he explained.

“This area was later turned into a British Cricket Club. Then it was turned during the reign of King Farouk into a public park and named after his daughter, Princess Ferial. A lot of trees were imported especially from Europe for the garden.”

He added “Five years ago civil society groups in Port Said managed to save this historic place from being turned into a public garage.” 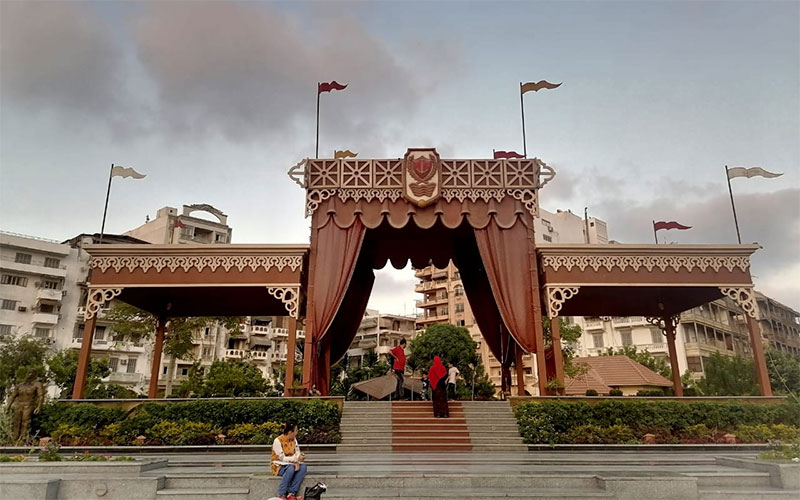 A big part of the narrative of the patriotic heroism displayed by the citizens in Port Said against foreign aggression over the decades is documented in the photographs of the late Italian photographer Etori Moscatelli, who was born in the city in 1919.

Moscatelli played as a goal keeper for the Mary football team in the city in the 1930s.

Moscatelli, who was also the known as the photographer of the city, played a key role in documenting the residents’ resistance efforts against the 1956 British-French-Israeli tripartite aggression on Egypt after the nationalization of the Suez Canal.

At one point during the war, Port Said was under siege by the British and French troops who jammed all radio and other communication with Cairo, according to the Atlas of Heroic Port Said Heritage, written by historian Diaa El-Qady and published by the Egyptian Cultural Palace of Port Said in 1997.

This moment was documented in a famous semsemya song that stressed: “Oh Port Said’s young and old men, you should be proud throughout the ages, you fought the occupation army, seven nights and a day.”

“There was no one to document the invasion except for Moscatelli. The British did not allow anyone to harm him because he was Italian. His photos were used by (then-president) Gamal Abdel-Nasser as evidence of war crimes by the trio of aggressors that was submitted to the United Nations at the time,” Hassan explained. 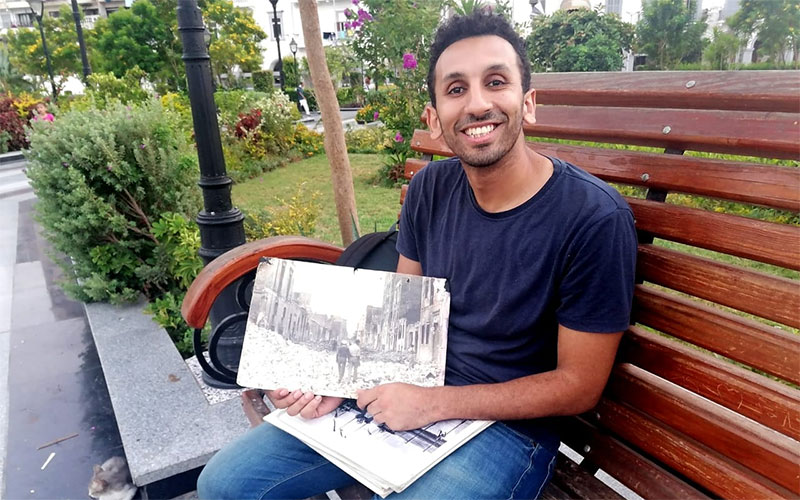 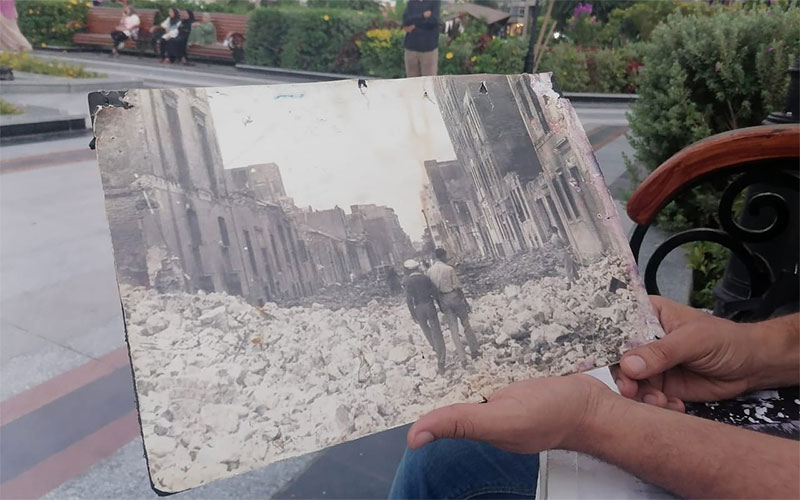 Portsaid is known for its unique building style. “This is known as  colonial style, which  is formed by a mixture of  bricks and wood  like little boxes, it is called balconeize, besides Portsaid has many sunshields in its balconies, noted Hassan. 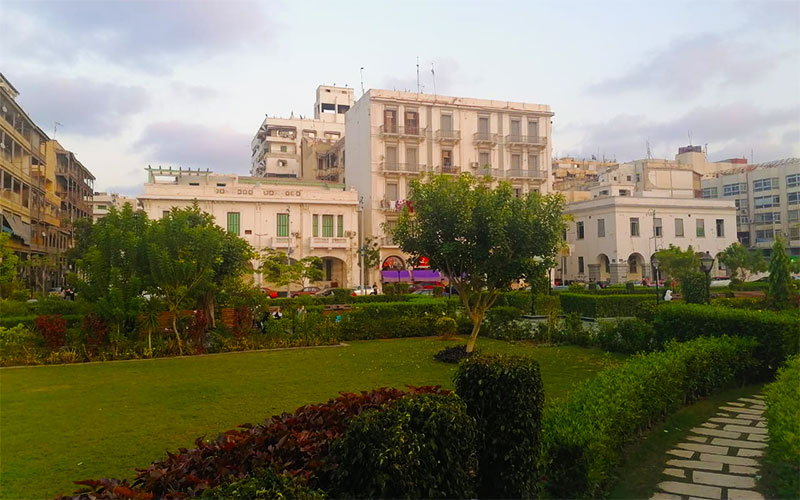 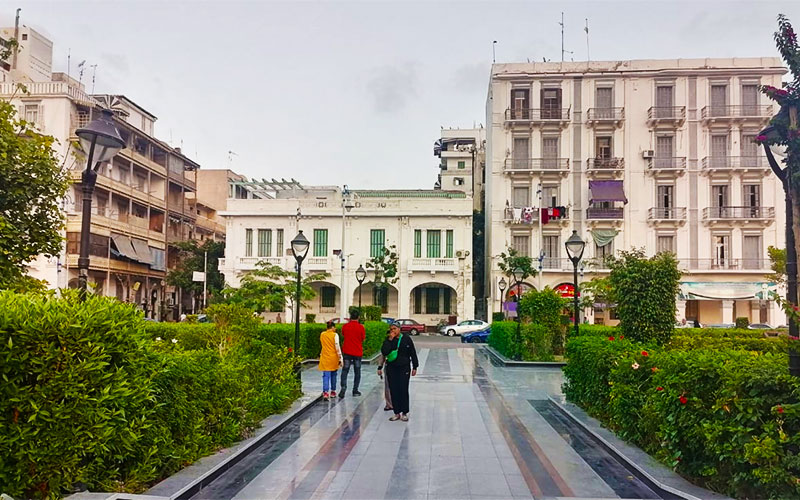