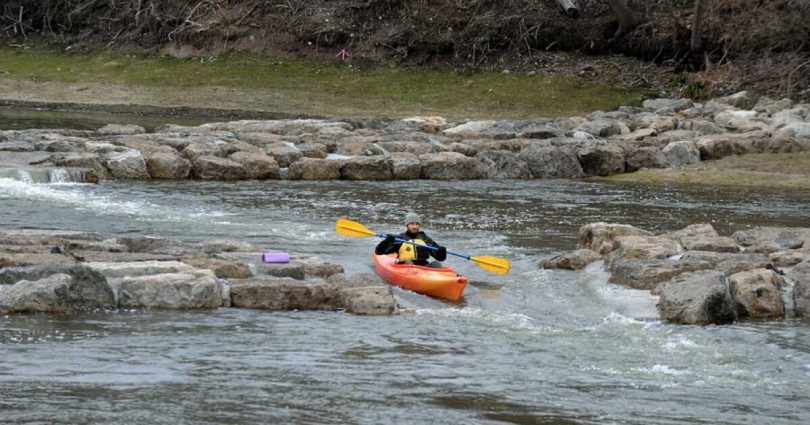 State investigators said Friday that they are sampling water in Hubbell Pond, as well as upstream and downstream from the pond, after two tests from the pond showed the presence of hexavalent chromium, a carcinogenic chemical.

Widespread testing began this week after Tribar Manufacturing disclosed on Monday that it had accidentally released about 10,000 gallons of hexavalent chromium solution into the wastewater sewer system of the city of Wixom.

Tests are also being done in other parts of Norton Creek, of which Hubbell Pond is a part, and the Huron River, into which Norton Creek discharges — as well as sludge remaining in the Wixom Wastewater Treatment Plant, the state Department of Environment, Great Lakes, and Energy said.

The samples at Hubbell Pond registered 11 ppb at the surface and 9 ppb near the bottom.

More than 30 samples have also been taken from varying depths from near the point of release downstream to Barton Pond in Ann Arbor, the state said. Barton Pond is the main source of drinking water for the city.

Until further notice, the Michigan Department of Health and Human Services is recommending that people and pets avoid contact with Huron River water between North Wixom Road in Oakland County and Kensington Road in Livingston County. This includes Norton Creek downstream of the Wixom Wastewater Treatment Plant in Oakland County, Hubbell Pond (also known as Mill Pond) in Oakland County, and Kent Lake in Oakland and Livingston counties.

Further downstream, water treatment officials in Ann Arbor said Friday the city’s municipal water supply remains safe for drinking and other uses. The city has ordered materials to help assess if its current treatment technologies are sufficient to remove hexavalent chromium from the water, should that become necessary.

A state investigation into the incident in ongoing. Tribar Manufacturing has also been identified as the primary source of PFAS that previously contaminated Ann Arbor’s drinking water. Tribar was ordered to install new filters, and the city of Ann Arbor also purchased new filtering and treatment equipment to deal with the problem.

The city said the worst case scenario is using only the water from its secondary water supply — the city’s wells at Steere Farms — until the chromium has flowed past the river intake.

The city had to shut down a drinking water well after the plume contaminated them, and a number of residents have been placed on city water after their private wells were contaminated.

The city has been studying for a number of years what long-term steps it may need to take in the future to secure safe drinking water. One possible step would be a big one — spending up to $200 million to connect the city to Detroit’s municipal water supply, which is drawn from the Detroit River and Lake Erie.