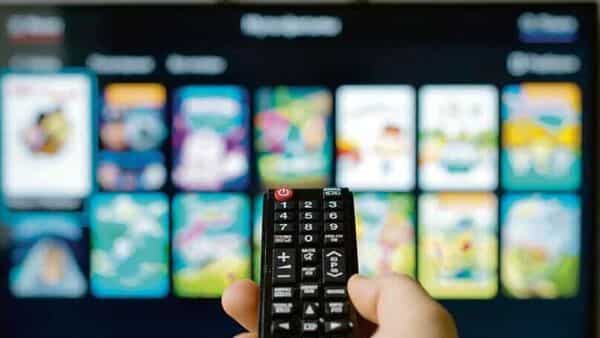 NEW DELHI: Subscription-led video-on-demand platforms (SVoD) will make up 55-60% of overall OTT revenue in India by 2030, overtaking advertising-driven platforms that will see their share touch 40-45%.

SVoD revenue is expected to reach $11,000-13,000 million over the next decade, increasing at a compounded annual growth rate (CAGR) of 20-23%, according to a report released by Confederation of Indian Industry and Boston Consulting Group on Wednesday. Titled Shaping the Future of Indian M&E, the report was launched at the CII Big Picture Summit 2022 in the national capital.

Overall, the Indian media and entertainment industry is likely to have touched a market size of $27 billion to $29 billion in 2022. Of this, digital segment, including gaming, advertising and OTT (over-the-top) streaming services, make up $10 billion to $11 billion.

“The last few years have been nothing short of a roller-coaster for all of us. A few quarters of struggle – with difficulties in producing content, closure of cinema halls and a cut-back in advertising spends during the pandemic… was followed by a cycle of a strong revival. That our industry is today performing better than pre-pandemic levels, is reflective of its agility and its readiness to embrace challenges,” K Madhavan, chairman, CII national committee on media and entertainment and country manager and president, Disney Star, said in his inaugural address at the summit in New Delhi.

Growth in digital consumption has been outstripping all other segments. For example, on an average, digital video was consumed for 3-3.3 hours per day in 2022 compared with 2.1-2.2 in 2019. By 2027, 16-18% of all households will have connected devices versus 8-10% in 2022. The continued rise of regional content is another success story, these languages make up 35% of viewership share on OTT. As far as TV goes, viewership share of regional content on GECs, movie and music channels has breached 50%.

“Earlier, customers bought DTH or cable packs in one or two languages and would get to watch movies in only their native language (or English) because of limitation of screens. With streaming they are now able to explore and watch content in multiple languages – especially with localization options (substitles and dubs),” Gaurav Gandhi, vice-president, Prime Video, India said in the report.

The report said the TV market in India will grow from an estimated $9 billion in 2022 at 3-4% CAGR to $11 billion $12 billion in 2030. TV continues to be a family viewing platform with 82% consumers reporting co-viewing with 3.5 average number of co-viewers per household in 2022. There has been a 2-4% year-on-year increase in TV households which currently stand at 205 million led by FreeDish, the free-to-air service owned by Prasar Bhararti. However, there has been an 8% decline in ARPU (average revenue per user) over the past three years driven by change in cable, DTH and Free Dish mix.

Print that retains a loyal base of customers that value trust and brand integrity, will grow to $7 billion by 2030. In 2022, Indian advertising is estimated to have touched $11-12 billion with digital taking up 40%, followed by television (37%) and print (19%).