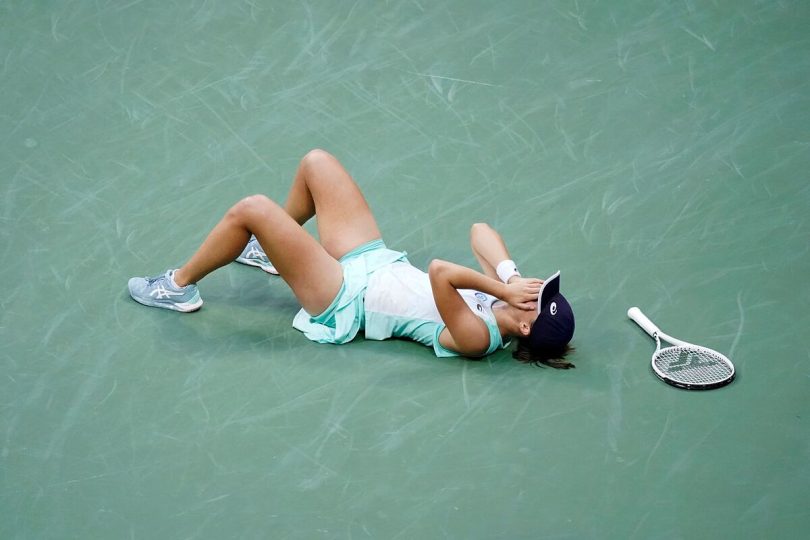 Iga Swiatek defeated Ons Jabeur to win her firstUS Open and third Grand Slam title on Saturday at Flushing Meadows, cementing her status as the world No. 1 female tennis player.

Swiatek, 21, also became the first Polish woman to win the US Open and she has now won her last 10 finals in straight sets.

Jabeur, 28, lost her second final of the year, the first one coming against Elena Rybakina at Wimbledon.

Swiatek, meanwhile, lifted her second Grand Slam trophy of the year, beating Coco Gauff in the French Open for the first.

As she moves forward into the next season of tennis, Swiatek will only need to add 10 more points to defend her status as the highest-ranked woman in the sport.

Swiatek struggles but closes against Jabeur

Swiatek is becoming one of the best closers in the sport and managed to do just that against Jabeur.

After taking the opening set comfortably at 6-2, Swiatek struggled to maintain dominance in the second.

Jabeur, however, was unable to force a third set, losing the tiebreaker 7-5 and remaining without a single Grand Slam title to her name.

After the match ended, both Swiatek and Jabeur showed mutual respect for each other on the podium.