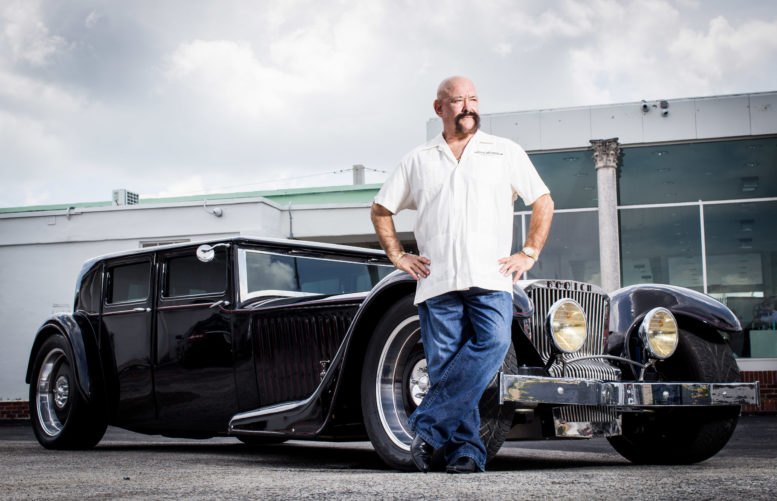 Few things animate one’s imagination about life during earlier generations than classic cars, and those fortunate enough to own a 1913 Model-T Ford or a 1948 Lincoln Continental treasure them…for there are not many in existence.

Fortunately, Miami is home to Ted Vernon’s Specialty Automobiles, Florida’s largest provider of unique, exotic, antique and muscle cars from around the globe. Owner and proprietor Ted Vernon, a classic himself, has been selling hard-to-find vehicles for more than 50 years to customers around the world.

“I deal in fun and I have a good time doing it,” says Ted, “I look all over for vehicles that are special that I personally like. I just shipped three of them to Brazil and another to Mexico.”

One of the aspects that makes Ted’s business unusual, in addition to his extensive and varied vehicle inventory, is that he does not charge a dealer fee, which is commonly charged to the tune of hundreds or thousands of dollars. “All our customers pay is the price of the car and the title transfer fee, that’s it,” he says.

On a recent tour of his vast showroom, customers marveled over gems such as a 1948 Hudson convertible, a 1918 Dodge Brothers sedan and a 1941 Lincoln hotrod (which was about to be delivered to a retired Miami Dolphins player).

As varied and interesting as Ted Vernon’s Specialty Automobiles’ inventory is, so has been the life of Ted himself. After a professional boxing career of 21 wins and one loss (and that to a champion trained by the renowned Angelo Dundee), Ted began a career in show business, becoming a bona fide celebrity in the process. He has starred in, written or produced scores of movies and has worked with legends such as Peter Fonda, Christopher Reeve, Margot Hemingway and Trevor Howard.

Ted’s singing talent was evident onstage as well; he twice played The King in “The King and I” and Daddy Warbucks in “Annie.”

More recently, Ted starred in four series of Ted Vernon’s South Beach Classics on the Discovery Channel (and which is currently available on Amazon Prime). The fifth season of the show, which focuses on specialty car sales across the United States, will air soon.

Ted also has a soft spot in his heart for children, especially those with disabilities. He spent years visiting the Seagull School in Fort Lauderdale, putting on shows for the students with his band Ted Vernon and the Bulldogs and serving as master of ceremonies at events like Special Olympics. He also donated a wheelchair lift to enable a handicapped student to access his vehicle.

Nick Seigmund, 48, a former Seagull School student, remembers Ted vividly. “I was really impressed with Ted because he was so easy to talk to and always had a nice set of wheels. He’s an advocate for the disabled community. I remember sitting in his 1930s Duesenberg and the day he brought the wrester Captain Lou Albano to the school to meet us.”


Connect To Your Customers & Grow Your Business