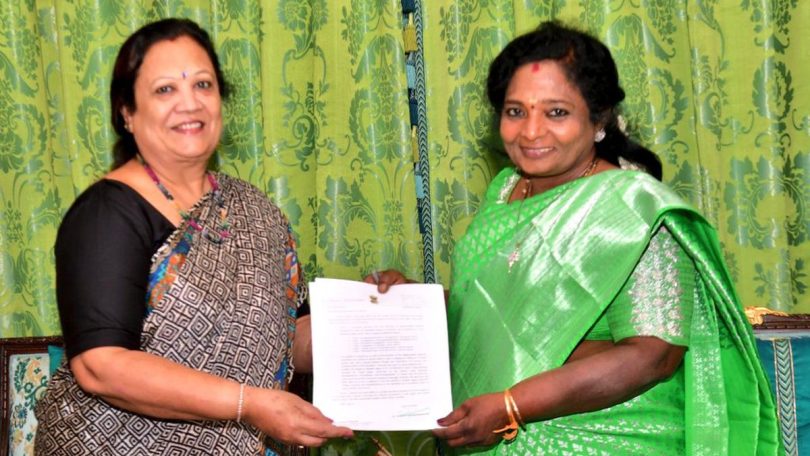 The work on the proposed Puducherry-Cuddalore railway line and the Karaikal-Peralam broad gauge conversion would be expedited, the Minister of State for Railways, Darshana Vikram Jardosh, has said.

During an interaction with Lieutenant Governor Tamilisai Soundararajan, who is also Telangana Governor, at the Raj Bhavan in Hyderabad, the other day, Ms. Jardosh gave an assurance to her to implement these schemes, a press note from Raj Nivas said.

The project has been on hold as it was part of the ambitious Chennai-Cuddalore via Mahabalipuram rail corridor project that would link towns across the east coast up to Kanniyakumari. Subsequently, the 23-km Puducherry-Cuddalore line was sanctioned by the Railway Board independent of the larger project and the final land survey for the construction of the rail line completed.

The beautification of the Puducherry railway station was also discussed at the meeting. The Lt. Governor requested necessary measures to extend train services to Melmaruvathur and stoppages at Kavalkinaru in Tirunelveli considering the festive season and the rising demand among devotees for such services.

The Lt. Governor also sought measures to reopen the defunct AFT Mills and other closed textile mills in Puducherry and raised the demand for a new textile park to be set up in the Union Territory. According to the Raj Nivas, the Union Minister of State assured Dr. Soundararajan that necessary steps would be taken to fulfil the requests.