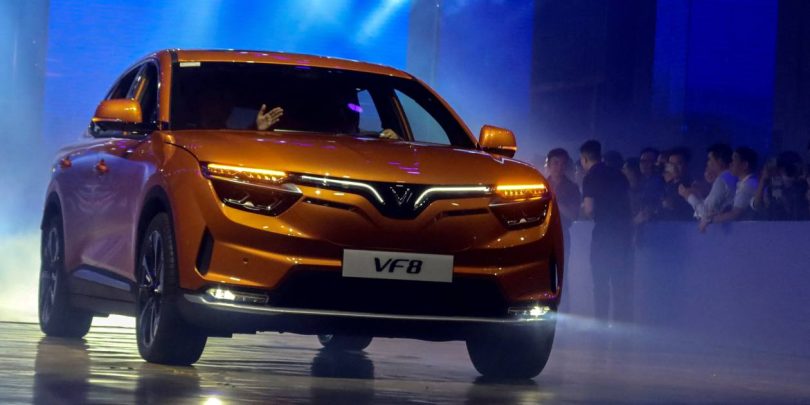 HAIPHONG, Vietnam (Reuters) — Vietnamese carmaker VinFast on Saturday began handing its first batch of 100 all-electric sport utility vehicles (SUVs) to local customers, with U.S. deliveries of the vehicle due to begin as soon as December.

VinFast, which began operations in 2019, is gearing up to expand in the U.S. market, where it hopes to compete with legacy automakers and startups with its two all-electric SUVs, the VF8 and VF9, including battery leasing to reduce the purchase price.

“The first batch of 5,000 VF8 units will be for U.S. and North American markets. Mass production will start from next week,” VinFast’s global chief executive Le Thi Thu Thuy told Reuters on the sidelines of a delivery ceremony at its plant in Vietnam’s northern province of Haiphong.

VinFast, part of Vingroup will start shipping cars overseas in November and customers will have cars delivered as soon as December, Thuy said.

The company has registered almost 65,000 reservations globally, and it expects to sell 750,000 EVs per year by 2026, starting with the VF8 and VF9 all-electric SUVs.

In March, VinFast said it would build a production plant in North Carolina with an initial projected capacity of 150,000 EVs a year. It tapped banks in July to raise least $4 billion in funding for the project.

Nguyen Khac Chung was among the first local customers to have their cars delivered at Saturday’s event.

“I thought I had to wait until November to get my car delivered but I was surprised that the waiting time was cut short,” said Chung, who ordered his EV in January, just two months after the model was introduced.

“Battery leasing is an advantage for customers,” he added. “Why should we buy battery?”

The VF8 and VF9 vehicles will start at $42,200 and $57,500 respectively for U.S. customers, excluding the cost to lease the electric battery. From September, the company will also offer customers options that include batteries.