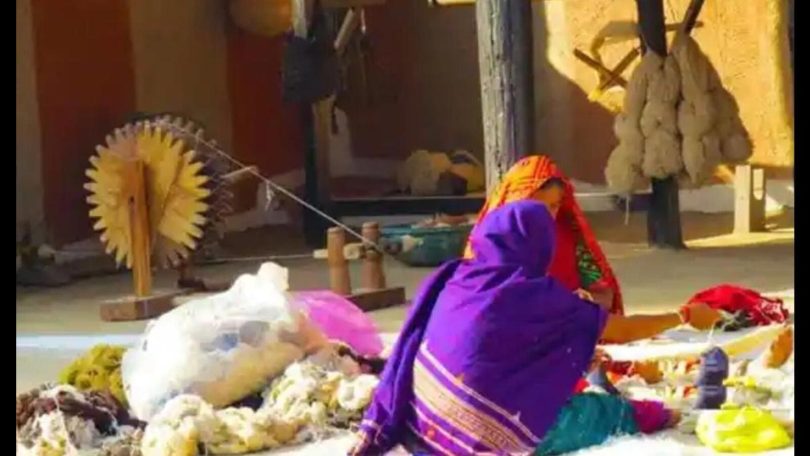 LUCKNOW Millions of families depending on the powerloom and handloom sector for a living in 34 weaver-dominated districts of Uttar Pradesh are set to benefit from the recent approval of the proposal for energising the sector with solar power in a phased manner by the state cabinet headed by chief minister Yogi Adityanath in future, said a government spokesperson in a statement on Thursday.

Under the proposed scheme, general category weavers and those from Scheduled Castes and Scheduled Tribes category will get a subsidy of 50% and 75%, respectively.

The state has a rich tradition of textile industry for centuries with handloom coming first, followed by powerloom. A total of 34 districts of UP are dominated by handlooms while the number of handlooms, handloom weavers and weavers’ cooperatives are 1.91 lakh, 0.80 lakh and 20,421 respectively, said the spokesperson.

Similarly, Mau, Ambedkar Nagar, Varanasi, Meerut, Kanpur, Jhansi, Etawah and Santakbirnagar districts are dominated by powerlooms. The number of powerlooms and its weavers in Uttar Pradesh are 2.58 lakh and 5.50 lakh respectively, he added.

Connecting handlooms and powerlooms with solar energy in a phased manner is in line with chief minister Yogi Adityanath’s intention to make UP the textile hub of the country. As this scheme is to be implemented in a phased manner, the decision of the UP Cabinet is expected to gradually end the dependence of weavers on electricity, the spokesperson said.

According to the plan, the government will give incentives to weavers using solar energy in their workshops and also provide them with solar inverters. This will not only help in saving energy, but also lead to manufacturing of eco-friendly products, improving the quality of production. With increased production, the price will also be competitive compared to similar products in the market.

The Yogi government has made a provision of ₹10 crore in the budget to energise the powerlooms sector with solar power. In this sequence, the government is working on a plan to link 50,000 weavers of Varanasi with the bank for their uplift and to ensure that dearth of capital does not become a hurdle in their work. The weavers will also get grants under the ODOP scheme.

The government will run a campaign to link 50,000 weavers with banks. It was decided in the meeting of the MSME department and bankers that relaxation will be given in formalities as per the requirement in this regard.

The SIDBI (Small Scale Industrial Development Bank of India) will also help in this campaign.

In accordance with the intention of the CM, ‘Letters of Comfort’ have been issued in favour of 16 textile units under UP Handloom, Powerloom, Silk, Textile and Garmenting Policy-2017. An investment of ₹196.51 crore was made by these units while a total of 3,243 people got employment from this investment.

In this context, under the National Handloom Development Programme, proposals for 19 handloom clusters have been sent to the government of India for approval, whereas a financial assistance of ₹25.55 crore has been proposed for the development of these clusters. On its receipt, 2,591 handloom weavers will be benefited, the spokesperson said.

About 5 lakh people are likely to get employment after the establishment of textile units in the park.