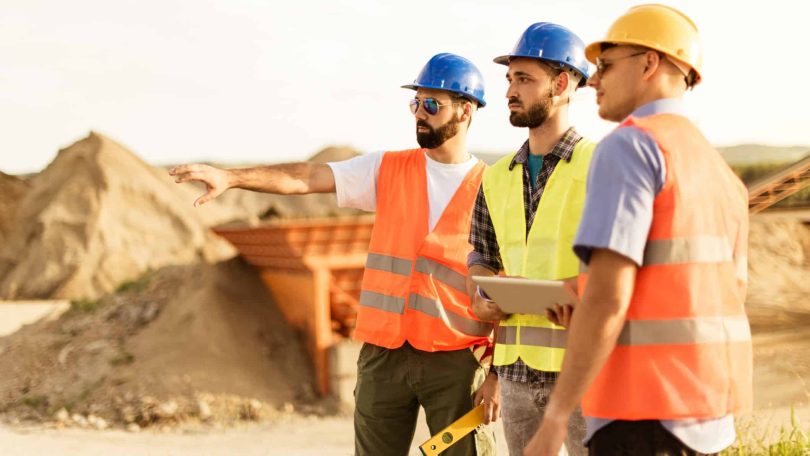 The S&P/ASX 200 Materials Index (ASX: XMJ) is down 0.9% right now, making it one of the market’s worst performing sectors. That’s reflected in the share prices of some of the ASX 200’s most iconic miners:

So, what might be going on with ASX 200 mining shares today? Let’s take a look.

Is this weighing on ASX 200 mining shares today?

The materials sector is falling on Thursday, weighed down by some of the ASX 200’s biggest mining shares.

Interestingly, there’s been no news from the mining goliaths to explain today’s moves. Though, it’s widely speculated that OZ Minerals Limited (ASX: OZL)’s continued freeze is related to another BHP takeover bid.

Iron ore futures were relatively stable overnight, lifting 0.1% to US$92.34 a tonne. It was a worse story for some base metals, with nickel tumbling 9.1% and copper slipping 0.4%.

Looking more broadly, today’s slump comes amid continued concerns regarding a mining tax under consideration by the federal government.

The mooted tax would relate to earnings from thermal coal and gas exports. It is being considered as a bid to reduce energy costs.

NSW Minerals Council CEO Stephen Galilee previously said, if implemented, its “unlikely” the tax would be temporary. He also said it could be extended to other sections of the mining industry over time.

Though, treasurer Jim Chalmers has said the government’s preferred solution would be regulatory, rather than tax-based.

NSW Minerals Council, the Minerals Council of Australia, and Queensland Resources Council (QRC), all of whom have slammed the mooted tax, are banding together to launch an advertising campaign against the move today, The Australian reports. QRC CEO Ian Macfarlane commented yesterday:

Introducing a new mining tax on the resources sector, on top of the billions in taxes and charges coal and gas companies already pay to state and federal governments, will kill off investor interest in future resources projects in Australia, it’s as simple as that.

Such talk might be turning investors’ attention to ASX 200 mining shares on Thursday.