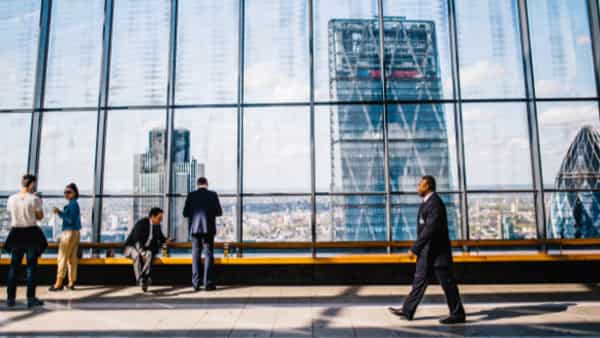 Since the demise of Hindi film actor Sushant Singh Rajput more than two years ago, the entertainment industry has seen an alarming rise in deaths, brought on either by suicide or sudden cardiac disease. And the victims are mostly young, popular and talented artists. Like model and TV heartthrob Sidharth Shukla, Kannada superstar Puneeth Rajkumar or television actor Siddhaanth Vir Surryavanshi, who died within months of each other. All three were fitness enthusiasts who succumbed to heart failure.

While media coverage, especially in the case of Sharma or 34-year-old Rajput, has largely been voyeuristic focusing on the love life and relationships of the actors, the industry, too, has chosen to be in denial about the circumstances leading to such premature deaths.

Gruelling work schedules, the constant pressure to perform and a hectic social calendar to ensure visibility and relevance in the competitive, unforgiving entertainment industry are punishing its young talent, both mentally and physically. Add to that unrelenting public scrutiny and demands of the industry, where the need to look good and flaunt well-sculpted bodies often pushes them beyond limits to over-exercise or use dietary supplements indiscriminately.

The Mad world of TV

The entertainment industry is known for its long, erratic working hours. And within this space, television is notorious for its maddening pace.

A senior executive at a broadcast network, who declined to be named, said those involved in daily soaps often shoot for 18-20 hours a day at a stretch for almost an entire month, making TV actors and crew an easy case for burnout. “The work atmosphere on TV soap sets is pretty crazy and these are considered regular working hours for everyone. So, you’re pretty much surviving without rest or sleep,” the person says.

Unlike film and OTT (over-the-top) projects which work on finite schedules, television demands long periods of commitment. Films usually wrap up in 45-60 days while OTT platforms afford breaks between seasons. “Films are also not that tight commercially. One can shoot two minutes of footage a day and that’s fine. But on TV, you would be shooting some 22 minutes of footage in one to one-and-a-half days, which is basically one episode. It’s almost 20 hours of work and it’s crazy,” says the executive.

It’s a tough ask even for those who appear fit. Shukla, who became a household name through TV serial Balika Vadhu and later Bigg Boss, was only 40 when he died of a heart attack in September 2021. His colleague Surryavanshi and Kannada actor Rajkumar, both 46, succumbed to cardiac failure following a gym session. Popular stand-up comedian and actor Raju Srivastava, 58, too suffered a cardiac arrest while working out and was on ventilator support for a few weeks before he died.

Premature deaths are not uncommon as stress, pressure to perform and the rat race are a given in any industry. But in show business, the vulnerability is more given the constant public glare, small window of opportunity and fickle nature of success.

Their busy work schedules apart, actors are up on their feet even during breaks, constantly seeking out future assignments from directors and producers, going for meetings and auditions, to parties or to the gym. More often than not, alcohol and smoking are an indispensable part of such meetings.

FOMO, or the fear of missing out on an opportunity that could change one’s life when there are hundred others competing for it, is high in this field. “It’s like a rat race that never ends. In fact, a lot of people smoke between 10-15 cigarettes a day due to the stress,” says the executive.

Moreover, the system is largely a freelance one, where actors could be on a project for months and then not know what to do until something new comes along. Money, in that case, is irregular. Harassment, both mental and sexual, is common in the entertainment industry, say insiders, and it only multiplies the stress.

“A lot of people don’t realize they’re stressed. But all of this makes for the unrelenting cycle of deaths,” the person adds.

Performance anxiety and financial instability are other burdens. “With growing competition, there is new talent coming in every day and if you’re an actor who is five or 10 years into the industry, you have reason to be insecure. So artists go overboard and cross personal boundaries in order to be seen, heard and tell people they are out there,” says the executive.

The reason why a lot of actors are overworked is because they fear losing out on opportunities, often for very little money. “Not many actors working in the entertainment industry are from Mumbai, they have rent to pay and several other expenses to take care of. They also have to look a certain way, dress a certain way. It’s always a question of survival. Many may even have to support their families back home,” the person adds.

Television especially works under a lot of pressure. Several broadcast networks are now investing in seven-day soaps and the clock is always ticking. “The work environment is ridden with anxiety. It’s like every boss needs a response ASAP (as soon as possible). In fact, ASAP is the key word here because if you can’t or don’t deliver, they will find someone else who will,” says the network executive.

Recent deaths should act as a wake-up call for television broadcasters, industry experts say, given that it is a clear indication of the unhealthy working conditions their crews operate under. “It’s not like the producers can take a call on their own, the broadcasters have to decide,” says the executive, adding, “If a producer declines to put out a seven-day show and would want his team to rest it out, the networks will find someone else who can.”

Apart from the pressure to perform is the pressure to look good all the time or appear different for each role. Celebrity nutritionist Dr Siddhant Bhargava points to this worrying trend where actors often opt for harmful fat burners, especially when they need to lose weight or look lean for different roles.

“If you’ve signed three scripts a year and one requires you to look lean, another muscular and the third, fat, it’s going to be difficult for you to transform your body three times a year,” he says.

When the body is used to a certain kind and amount of exercise, there is going to be pressure on the cardiovascular system if the regime witnesses drastic change. Not all working actors are exactly young, says Bhargava, adding that it has become common to consume performance-enhancement drugs, whether they are caffeine or thyroxin-based, all of which essentially act on the heart in order to burn fat.

“The heart is a muscle. If something’s amping up the adrenaline, and you’re feeling fatigued, it is going to weaken you. But this could happen to anybody, and heart attacks come unannounced,” he says.

Actor Suniel Shetty, too, has blamed premature deaths of celebrities on the excessive use of protein supplements and steroids.

Also, while it’s common for an average Indian to work 12 hours or more a day, Bhargava underlines that the major stress in celebrity life comes from the place they are in. “The insecurity, pressure and the money riding on them make the stakes higher. Perhaps, other people could also be waking up early and working long hours but not everyone lives life on that pedestal,” he says, adding that the schedules of actors are so erratic that they could be waking up at 4 am one day, and 10 am the next.

Their busy schedules often result in celebrities ignoring warning signals. Shukla, for instance, complained of uneasiness the night before he died. Popular singer KK, who died within hours of a concert in Kolkata in May last year, had complained of fatigue and body pain before the performance. The 53-year-old’s autopsy report pointed to pre-existing cardiac issues.

Experts point out that while fitness goals need to be set realistically, it is also important to incorporate some discipline in gym routines. “Certain preliminary tests should be conducted every two to three months to gauge if the body is up for exercise and, if so, what kind,” says Praveen Tokas, yoga trainer and celebrity fitness expert. Goals should also be set keeping in mind that one can’t achieve targets overnight, he adds. And while natural results take time, supplements only allow for artificial output.

“You can’t be carrying 10-15 containers of proteins around with you. Celebrity trainers should also keep in mind their client’s lifestyle. It isn’t advisable, for instance, to work out before or after a long flight. Travel anyway interferes with the sleep cycle and all of it is related to stress hormones,” Tokas says.

A lot of actors often shoot at night, so their biological clock needs to be adjusted to take these things into account.

It is common for actors to consume protein supplements, especially for muscle building and weight loss, the broadcast network executive agrees, and a lot of trainers don’t discourage them. “Add to this the fact that they’re overworked and tired. If you’re not feeling right but continue to push yourself, the body will give up at some point,” the person adds.

While the industry as a whole needs to sit down and address these issues, some are already at work to alleviate the stress. A senior television producer, who holds counselling sessions for his cast and crew, says on condition of anonymity that loneliness among actors, competing for opportunities and attention, is rampant. “A lot of them have a massive fan following on social media but nobody to really talk to, in real life. That personal touch and companionship is missing. The competition is so cut-throat that many actors don’t know how to deal with it. Also, opening up or talking about struggle is seen as a sign of weakness,” he says.

Instances like actor Deepika Padukone speaking out on her battle with mental health are few and far between. While it’s common for youngsters in any walk of life to face pressure, the producer says the entertainment industry oscillates between extremely hectic schedules or no work at all, making it hugely disorienting especially when you lead your life in the limelight.

“Your self-esteem is based on the number of likes you’re getting on a post, the number of views on your Reels or how quickly your follower count is rising. So it is a different line of work, in that sense. Depending on the number of projects coming your way, you’re either over-occupied or have absolutely nothing to do. So there is no consistency in lifestyle,” he says, underlining the need for actors to keep a regular check on their mental well-being for longevity in their careers.

Some television producers are learning to work with two units, which ensures projects are a lot more streamlined and everyone works in shifts that only last a few hours at a stretch. Producers and broadcasters are also planning better so that everyone has a bank of episodes ready in case of a crisis or emergency.

While more such measures are needed to ease the pressure, the grit and grime behind the glamour is something the outside world may be oblivious to. As the network executive says of celebrities, “If they’re seen, it’s presumed they’re doing well.” But it’s time they speak up and we listen, as well.