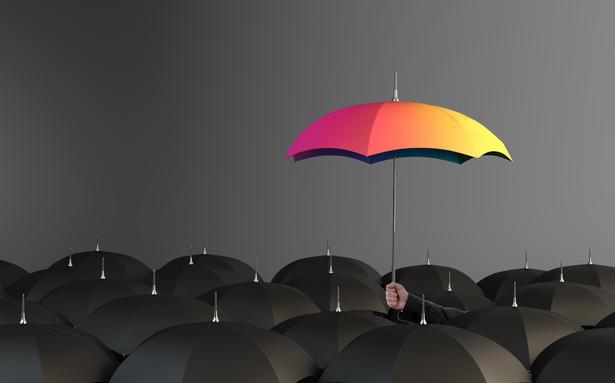 Prior to ICICI Prudential Life’s listing on the bourses in September 2016, Max Financial Services (holding company of Max Life Insurance) was a market darling. It gained more prominence in July 2017, when the Street was buzzing with the possibility of merger between HDFC Life Insurance and Max Life. That couldn’t happen and three years later, it struck a deal of a much smaller magnitude with Axis Bank. These are important events because each time there has been a massive re-rating in the stock, it was led by these corporate actions. That’s not to say that Max Life Insurance as a franchise is any less potent. In FY19, when, barring HDFC Life, no larger player had a meaty share of pure-protection plans, Max Life came close with 10 per cent share of these products to its total profile. While the number has increased to 18 per cent in June FY23 (Q1), a faster increase has happened in the savings products.

While the general trend of the industry has been veering more towards these plans than protection plans owing to the market conditions, the change in dynamics has affected Max Life more than others for two reasons. Until FY20, the stock traded at over 5x one-year forward price to embedded value (P/EV). The Street gave the stock these valuations, owing to its strength on the protection side and its retail-oriented business compared to peers. But as some of these factors are fizzling out, it’s impacting the valuations.

At nearly 22 per cent value of new business (VNB) margins till FY19, it was among the most profitable life insurance companies. But slowly it’s losing that badge given that peers were also at 27 per cent plus VNB margin range in FY22. What also bothers a bit more is Max Life’s dependence on the fourth quarter of a fiscal to make up for its business. With the top three life insurers, that’s not so much the case.

The stock trading at 2.7x FY23 estimated P/EV is undervalued compared to peers and at a good discount to its past 5x multiple. While the changed business dynamics may make it difficult for the company to reclaim its premium valuations quickly, we recommend existing investors to hold the stock for now, since the relative weakness to peers seems to be captured in Max Financial’s stock price.

In FY17, the share of participating products (PAR) to APE or annual premium equivalent was at 54 per cent and 30 per cent of premiums came from unit linked insurance plans (ULIPs). In FY22, the mix changed significantly. PAR’s contribution fell to 20 per cent, while the share of ULIPs has increased a bit to 37 per cent. What has significantly changed is the mix of non-PAR products and protection. Share of protection has risen from seven per cent in FY17 to 13 per cent in FY22, while the share of non-PAR has witnessed an exponential increase during this period from nine per cent to 29 per cent.

While one may argue that almost all insurers are working to reduce the exposure to PAR products, including LIC and that non-PAR (savings) products have seen a steep growth, especially in the last two years, for Max Life, the impact of these changes is altering its core business model. What’s more, the share of retail business, particularly on the protection side, seems to be uneven with the number falling from 10 per cent in Q1 FY22 to seven per cent in Q1 FY23. In fact, in Q1, the share of retail protection has dipped below the FY20 levels.Among all, protection plans carry the highest profitability, while that of savings products is also high, and others such as PAR and ULIPs are relatively weak on profitability. Although the current product mix may be favourable in terms of VNB margins, this may not be sustainable in the long run.

Secondly, even as the large players are spreading out their growth evenly across all quarters of a financial year, Max Life’s model is still concentrated around the JFM or January, February, March model. This is quite visible in the movement of VNB margins, which tend to be at the highest in the JFM or Q4 of a fiscal. For instance, in FY22, while the blended margin came at 27.3 per cent, 200 basis points (bps) higher than a year-ago, until the December quarter it wasn’t close to the full-year average. Q4’s 31.9 per cent VNB margin pushed profitability. This exposes the company to a possible risk of any changes in the income tax rate structures as typically high inflows during JFM period is associated with tax planning and reliefs. Secondly, at 27 per cent share of non-PAR products as on Q1 FY23, the company runs the risk of mark-to-market losses in FY23, as this book may suffer hedging cost. Being assured returned products, in an increasing interest rate scenario, it puts pressure on companies to maintain the yield. With the competitive intensity in the non-PAR segment increasing, it could also increase the investment risks for companies.

Max Life’s strong point always was its superior bancassurance network despite not being the only bank (or lender)-led life insurance companies among the top players. However, from 71 per cent of APE through the banca channel in FY17, the share has dipped to 65 per cent in Q1 FY23, despite having strengthened its ties with Axis Bank.

Axis Bank accounts for over 60 per cent of Max Life’s banca business but have lately come under pressure due to constraints at the bank. Meanwhile, the share of its proprietary channel has been increasing and the company plans to take it to 35 per cent in future (see chart). Being a high-cost exercise, its bearing on the margins could be about 200 bps in FY23. While this may be a one-off cost, the change in thought process could hurt profitability in the interim.

As mentioned earlier, the downside risks from factors mentioned above appear to have been priced in for now. Existing investors can hold the stock at these valuations. It may at best be a market performer.

Expecting the stock to outdo peers or the broader market from hereon may be a long shot.

Over reliance on Q4 for business