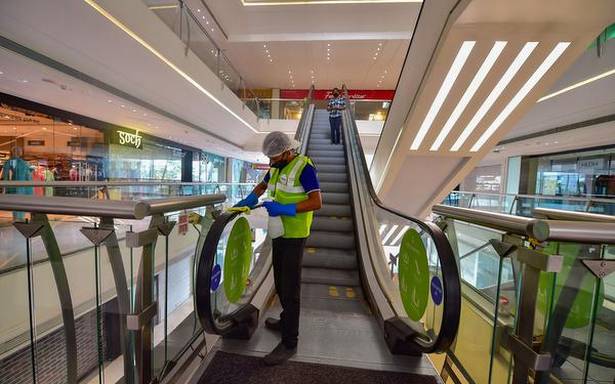 Retailers, mall owners and restaurants are bracing for lower sales and muted consumer sentiment with various kinds of restrictions such as night curfews and weekend curfews being imposed in some States, besides shorter operational hours due to rising Covid cases. Industry bodies such as Retailers Association of India and National Restaurant Association of India have urged the Centre to direct State governments to not impose ad-hoc restrictions and to consider number of hospitalisations as a key critiera for such measures.

Harkirat Singh, MD, Aero Club – known for the brand Woodland, said, “Till December, business was doing well, but these restrictions in the wake of rising cases has impacted that momentum of recovery. Sales are already down 40-50 per cent as only serious buyers are coming out to shop for necessity items. Winter is a key season for us and we had set good targets for January but I don’t think we will be able to achieve them now with the restrictions and impact on consumer sentiment.”

Lalit Agarwal, Managing Director, V-Mart, said, “There are challenges in terms of operations, especially in regions like Delhi, Haryana and Bihar. We are seeing footfalls at stores as consumers are coming out to buy the necessity items but, as cases rise, we are expecting a greater impact on consumer sentiment.”

He said the retail sector could see a dip in sales to the tune of 25-30 per cent in the March quarter.

While many States have imposed night curfews, weekend curfews have also made a comeback in States like Delhi and Karnataka. In addition, in some districts and States such as Haryana and Bihar, malls have been asked either to shut down completely or operate for shorter hours.

Referring to the weekend lockdown in Karnataka, Manoj Singh, Cluster Director – Karnataka, Nexus Malls, said, “Malls not operating on weekends would mean losing 50 per cent of our business. We are already seeing footfalls dip by around 15-25 per cent across malls during the first week of 2022.”

Kumar Rajagopalan, CEO, Retailers Association of India said, “There should not be any knee-jerk reactions and ad-hoc restrictions as it will lead to loss of business and livelihoods. Weekend curfews do not make any sense and stores should be allowed to open for longer hours to avoid over-crowding. The focus should be on implementing Covid safety protocols.”

The National Restaurant Association of India believes the situation is particularly grim after two pandemic waves led to nearly 25 per cent of restaurants to shut down. It said the third wave will hurt consumer sentiment in the near term. The industry body has written to mall owners and landlords, urging them to rework commercial agreements and give complete waiver on rentals and CAM (common area maintenance) charges to restaurants in case of complete shutdown of dine-in. It has also urged them to switch to pure-revenue share model where restrictions on restaurants have been imposed, among other measures.

“The high infection rate of Omicron variant is now being witnessed, especially in metro cities. This will limit footfalls in the short term; restrictions will also impact businesses to some extent. However, we are hopeful that the 3rd wave will be shorter and expect a stronger bounce-back owing to the impending marriage season,” said SL Pokharna, CEO – Lifestyle Business, Raymond Ltd.