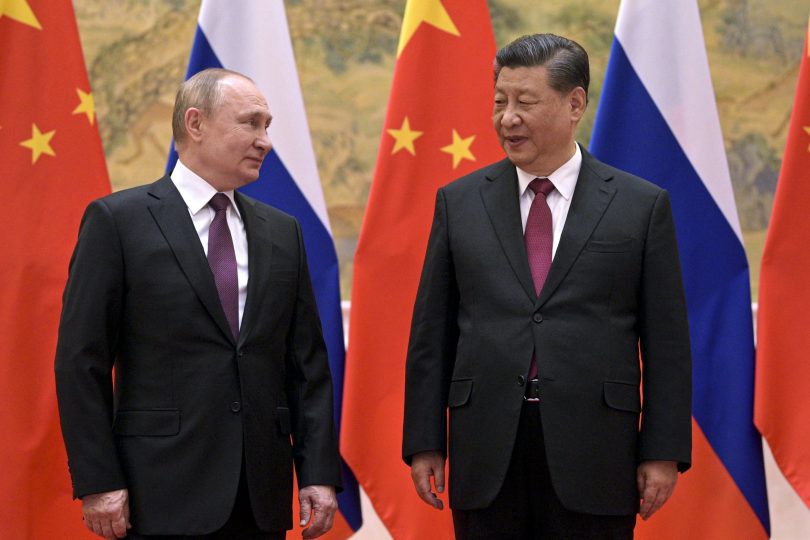 Xi Jinping will meet Russian president Vladimir Putin at a summit in Uzbekistan next week in what will be the Chinese leader’s first overseas trip since the start of the Covid pandemic.

For Xi it will be a chance to flout his “no-limits friendship” with fellow dictator Putin on the world stage.

The meeting of the Shanghai Cooperation Organisation (SCO) summit comes at a key moment for Xi. Soon after, in October, the Standing Committee of the Chinese Communist Party’s (CCP) politburo is expected to rubber-stamp his leadership for a third term – beyond the normal, two-term limit – raising speculation that Xi fancies himself as dictator for life, like Mao Zedong.

Despite much talk of his iron grip on the CCP, Xi faces mounting economic problems at home; these and his targeting of political opponents and relentless zero-Covid policy, have prompted much discontent, and even public demonstrations.

Xi may be hoping that a high-profile foreign meeting with Putin will burnish his standing at home – particularly with Chinese nationalists — in a period when Beijing is at loggerheads with the West over trade, technology, human rights and Taiwan. By leaving the country at such a time he might intentionally be signalling his self-confidence.

His expected meeting with Putin, to occur on the sidelines of the Uzbekistan summit, according to Russian state news agency Tass, would be the first face-to-face encounter between the pair, since Russia invaded Ukraine.

So far, China’s fear of secondary western sanctions has limited its trade with Moscow. Similarly, Russia’s dire medium and long-term economic prospects are likely to discourage China from making too many commitments to his neighbouring police state.

Most analysts see Beijing’s public show of support for Russia as a marriage of convenience, despite the authoritarian instincts that Xi and Putin appear to admire in each other.

One former UK ambassador to Moscow told i: “The reality is, the Chinese view Russia with complete contempt.”

But for both countries, publicising their leading role in the SCO (which, with Indian and Pakistan membership in 2017, accounts for 40 per cent of the world population, and more than 30 per of global GDP), comes at a convenient time as they seek to push global opposition to western power blocks such as Nato and G7.

On Tuesday this week, Russian energy giant Gazprom said it would be switching payments for gas supplies to China from rubles to renminbi instead of dollars, as Moscow and Beijing seek to undermine US control of the world financial system

Xi might also attend a summit of the Group of 20 leading rich and developing nations in Indonesia in mid-November.