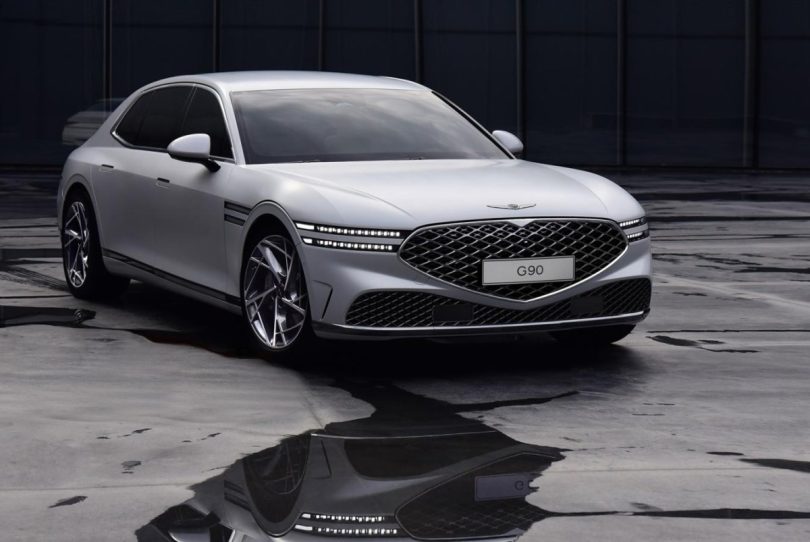 Shown above is the Genesis G90 of Hyundai Motor, which has gained the top safety ranking this year from the Insurance Institute for Highway Safety. Photo courtesy of Hyundai Motor

Hyundai Motor announced Sunday that 13 of its vehicles had received the Top Safety Pick+ designation from the U.S. nonprofit organization.

The IIHS selected only around 100 vehicles to designate as qualifying for the IIHS Top Safety Pick+, the Virginia-based outfit’s highest awards.

The award criteria is based on a car’s crash-worthiness, which measures how well it protects its occupants in a crash in both vehicle-to-vehicle and vehicle-to-pedestrian evaluations.

Experts point out that the IIHS evaluations could help boost sales of the Genesis brand in the United States.

“During the first half of this year, the sales of Genesis vehicles jumped more than 30% in the United States, with its popularity being projected to continue for the time being,” he said.

On a related note, Hyundai Motor said Wednesday that its total U.S. sales since the brand’s launch there in 1986 had reached a new milestone at 15 million units.

In 2005, the automaker expanded its overseas manufacturing by setting up its first factory in Alabama. The company is on schedule to open an additional factory in 2025, this time in the state of Georgia.

The share price of Hyundai Motor was up 0.64% Monday on the Korean stock market with Kia also rising 1.59%.