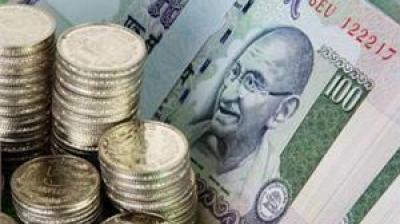 After three months of spike, retail inflation or the Consumer Price Index (CPI) softened to 6.77 per cent in October. Though it is 64 basis points lower than the price hike registered in September, it remains above the comfort level of the Reserve Bank of India for the 10th consecutive month.

Food inflation too softened marginally to 7.01 per cent compared to 8.6 per cent in the previous month. The price rise among cereals, in particular, which has nearly 10 per cent weightage in the retail inflation, remained elevated at 12 per cent, because of irregular monsoon distribution and unseasonal rain disrupting supply.

Inflation in energy products and clothes, which together make up over 12 per cent weightage in the retail inflation, remains high, hovering around nine per cent on the account of the supply shortage caused by the Ukraine crisis and OPEC supply curbs. If developments in Ukraine improve, the inflation in these two products could stabilise.

Apart from costly commodity prices, a weaker rupee, which is down around nine per cent in 2022, has also added to inflationary pressures in the country.

In another relief to the government and the Reserve Bank of India (RBI), factory output in September, as measured in terms of the Index of Industrial Production (IIP), witnessed a growth of 3.1 per cent compared to 0.80 per cent contraction witnessed in August.

The growth in the factory output in September shows an improving demand scenario in the country. However, the output of consumer durable goods such as refrigerators, televisions among others. and consumer non-durable goods like packaged food items remained in the negative zone. Consumer durables registered a degrowth of 4.5 per cent, while the production of consumer non-durable goods shrunk by 7.1 per cent, which indicates that people are cutting on discretionary expenditure.

The demand scenario in industrial goods such as primary goods (9.3 per cent), intermediate goods (two per cent), capital goods (10.3 per cent) and construction goods (7.3 per cent) indicates that the industry has got its mojo and could expect to see its trickledown effect on people in the coming months. The electricity generation too has increased by 11.6 per cent in September, which hints at heightened commercial and industrial activity in the country.

A stubbornly high inflation and a lower consumer demand could translate into greater pain for the middle class families. However, there is nothing much the government of the day could do as the price rise is a result of global uncertainty caused by the Ukraine war and global shortages induced by draconic Covid curbs in China.

Instead of becoming complacent about the economy in view of the positive developments, the government should, therefore, take all steps that are required to soften the impact of global events on vulnerable sections of the society.