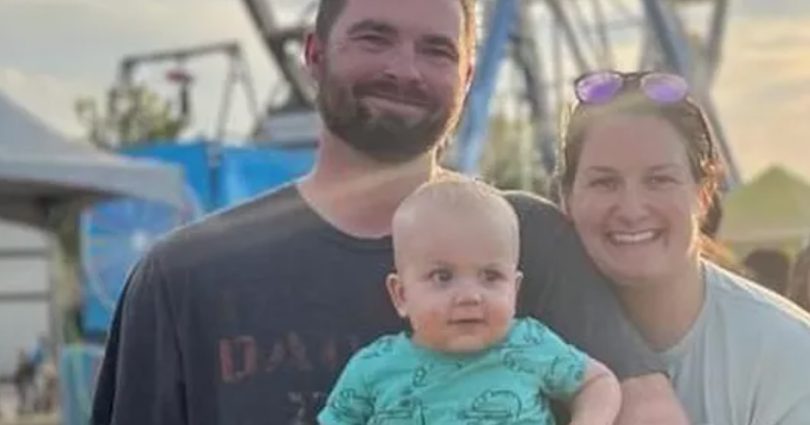 Joel Baker was on his way to a shift when the crash happened at an intersection.

(GoFundMe) Joel Baker, pictured left with his wife, Valerie, and his son Greyson, was killed in a collision with a cement truck on Saturday, Nov. 12, 2022. Baker was a deputy with the Salt Lake County Sheriff’s Office.

The driver who died Saturday when a cement truck slammed into his car in Lehi has been identified as a deputy with the Salt Lake County Sheriff’s Office, FOX 13 reports.

Deputy Joel Baker was on his way to a shift early Saturday morning when the crash happened at the intersection of Redwood Road and the Mountain View Corridor.

FOX 13 reports that the cement truck was traveling south on Redwood Road and went through a red light at the intersection, plowing into a car that was turning onto Redwood from Mountain View.

The driver of the car died at the scene.

“Joel will be deeply missed by everyone who knew him,” the sheriff’s office said in a statement. “He was very loved by his coworkers and will be remembered as a kind and generous person.”

A GoFundMe campaign set up for Baker’s family had raised more than $11,300 as of Tuesday morning.

“Everyone who knew Joel knew what a kind and giving individual he was,” the campaign states. “Always helping others and never asking for anything in return.”

An investigation into the crash is underway.

— The Salt Lake Tribune and FOX 13 are content-sharing partners.