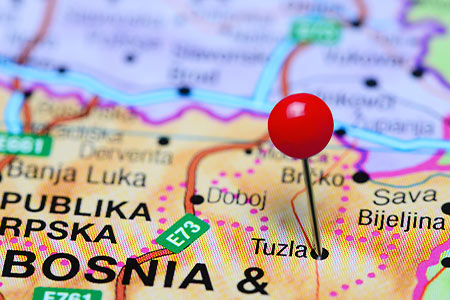 Exploration drilling at Rupice NW continues to intercept thick, high-grade massive sulfide mineralisation up-dip, down-dip and down-plunge from previously reported intersections. The current drilling campaign at Rupice NW has achieved the objective of identifying a new body of significant mineralisation to the northwest of the existing Rupice mineral resource.

The intercepts announced are in addition to the twelve already reported from 2022. Seven holes remain to be reported on, out of a total of twenty-eight completed holes in 2022.

“I am delighted at the drilling success at Rupice NW, which demonstrates that the mineralised system continues to expand and remains open along strike, up and down-dip. The ongoing success of the Rupice NW drilling campaign affirms Adriatic’s growth strategy to achieve at least a 20-year mine life at Rupice.

“The sheer size of Rupice NW has meant that further drilling will be required to define the mineralised system. Drilling will therefore continue into 2023, to attempt to close-out mineralisation and connect Rupice NW to Rupice. A maiden resource for Rupice NW will be released once existing areas of defined mineralisation are closed-off and the scale of the mineralised system within Adriatic’s tenement holdings has been fully realised.”

Read the article online at: https://www.globalminingreview.com/mining/12012023/adriatic-metals-reports-high-grade-mineralisation-rupice-nw/