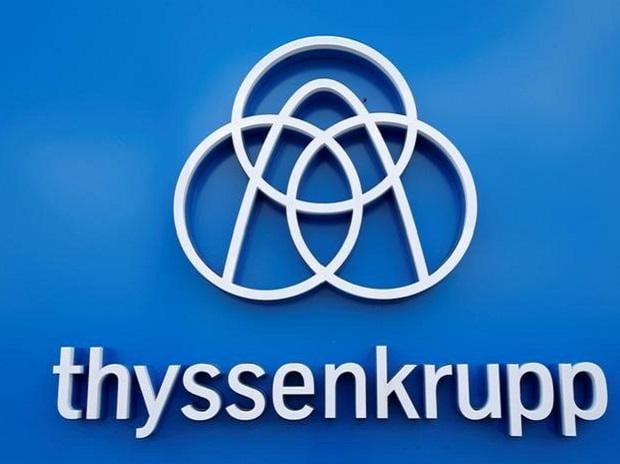 Capital goods and engineering major thyssenkrupp Industries India on Sunday said demand in core sectors will remain robust amid inflationary headwinds in the next 2-3 years.


At the same time, the company also urged the government to consider extending production-linked incentives (PLI) scheme to basic industries to boost output and employment in the country.


The national infrastructure policy will help the country achieve an economic output of USD 5 trillion by 2025 despite the complex global environment, a senior company official said.


“Despite the complex global environment, we are optimistic about India’s growth given the government’s strong focus on infrastructure and a positive business environment. We are confident of achieving 15-20 per cent year-on-year growth in the next 2-3 years on the back of a strong order book,” thyssenkrupp Industries Managing Director and CEO Vivek Bhatia told PTI in an interview,

“We expect to end the year with a turnover of around Rs 3,000 crore in the current fiscal, a 20 per cent increase over last year. Inflation has impacted costs by 8-10 per cent affecting margin,” he said.


He pointed out that all the veticals of the company — mining and material handling, energy and boilers, cement and sugar factories, and operations and management (O&M) contracts, are doing well.


The company is also active in the manufacturing of boilers, cement and sugar factories. Mining and material handling contributed to nearly 30 per cent of the Rs 2,500 crore in FY22.


To create value, the company is realigning its business approach by focusing more on delivering value than competing with domestic and international players on cost.


“We have formed a new team to drive automation and digitisation in the business and identified certain products and areas to concentrate on. Although the actual deployment may take 1-2 years, the company is testing its efficacy in terms of customer benefit,” Bhatia said.


Adding further, he stated that energy efficiency would be another important area of focus when mineral mining is expected to double by 2050.


The company plans to spend about Rs 25 crore a year to achieve these goals.


The 145 new mining licences offered for various commodities and more such mineral blocks in the pipeline will power the growth for the longer term for thyssenkrupp Industries India.


The company offers mining equipment such as crushers and screeners, handling equipment such as stackers, reclaimers, conveyor, and wagon loading. Since new mines as well as existing ones are now looking at bigger operations that require mechanised handling systems, “so we are anticipating an increase in business opportunities”, the executive said.


Suggesting scaling manufacturing and employment in the country, Bhatia urged that the country needs a well thought-through strategy along with policy measures to ensure steel and power cost remains competitive for the industry.


“Government should also look into cost effective movement of green energy from generation to consumption point without high wheeling costs and other levies,” Bhatia, who is also chairman of the CII Mining and Construction Equipment Division, said.