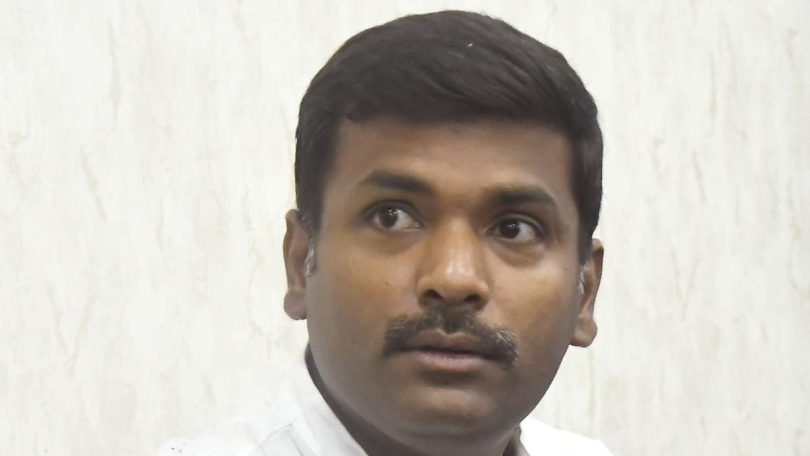 Focus is on green energy projects and an estimated ₹90,000 crore investments are expected in this sector, says Minister for Industries and IT Gudivada Amarnath
| Photo Credit: V. Raju

Minister for Industries and IT Gudivada Amarnath has said that the State government is taking all possible measures for the promotion of industries and IT in a big way by providing land and other required infrastructure to attract investors.

Addressing a media conference here on Friday evening, the Minister alleged that the Opposition TDP and the Jana Sena Party, instead of appreciating the efforts of the YSR Congress Party government, were indulging in mudslinging. He recalled that a diplomatic outreach programme was held in August 2019, soon after the Jagan Mohan Reddy government had taken over to attract investments in the targeted sectors. Unfortunately, the COVID-19 pandemic created havoc across the global, causing an unprecedented situation, he said.

“When the nations opened up during April/May last year, we (AP) participated in the World Economic Forum meet in Davos and MoUs were signed for investments to the tune of ₹1.25 lakh crore and proposals were received for investments of around ₹45,000 crore,” he said. The Minister said that the previous government had claimed MoUs worth ₹16 lakh crore were made at the partnership meets held during the Telugu Desam Party government but the actual realisation was only ₹34,000 crore, which was a mere 2% of the claims.

The GSDP of Andhra Pradesh was 11.43%, which was higher than the national GDP of 8.5%. The per capita income increased from ₹1.25 lakh last year to ₹1.75 lakh this year

The Kadapa Steel Plant would be established with an investment of ₹8,500 crore in the first phase by JSW. In the last three years, 21 large and mega industries, envisaging an investment of ₹73,000 crore, were brought to the State he said.

Mr. Amarnath said that the focus was on green energy projects and an estimated ₹90,000 crore investments were expected in this sector. Refuting the criticism that the State government was giving lands to green energy promoters, he said that even the TDP and other Opposition leaders would be given land, if they come up with proposals and investments in this sector. He said the details were made available on the NREDCAP website.

Mr. Amarnath said that Andhra Pradesh was ranked no. 1 in Ease of Doing Business (EODB), which was an indication of the investor-friendly measures being taken by the government. Andhra Pradesh has bagged the 4th place in exports from the 7th place earlier by doing export business of ₹1.43 lakh crore during 2021-22. Refuting the criticism that IT exports were less in Andhra Pradesh, he said: “We are leveraging on our strengths and concentrating on marine and agri exports.” He said that the government was also keen on development of industrial corridors and IT.

He said that the foundation stone for the Bhogapuram international airport would be laid by the end of January.