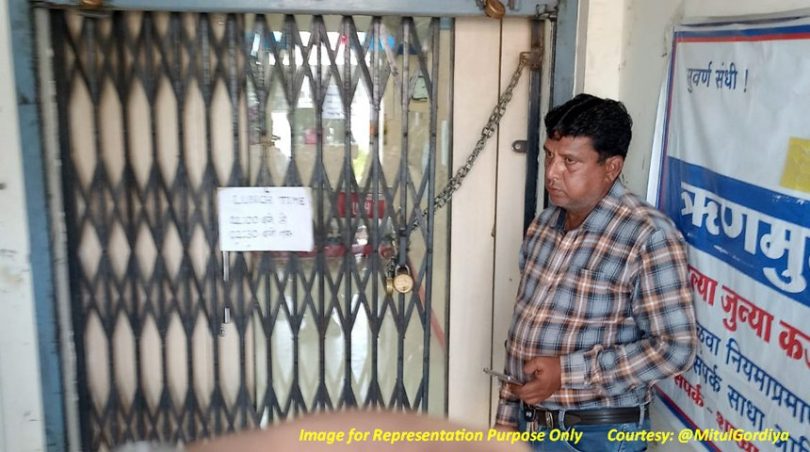 Scheduled commercial banks (SCBs) have written off non-performing assets (NPAs) worth over Rs9.92 lakh crore during the past five financial years (FYs), the Rajya Sabha was informed. While public sector banks (PSBs) have refused to share with citizens the names of big defaulters under the Right to Information (RTI) Act and with their shareholders, as per the list shared by the ministry of finance, Gitanjali Gems Ltd, with a default of Rs7,110 crore is the biggest wilful defaulter in the country.
In a written reply, Dr Bhagwat Karad, minister of state for finance, told the upper house that during the past five fiscal years, from FY17-18 to FY21-22, SCBs wrote off NPAs worth Rs991,640 crore. The highest amount written off as bad debt was Rs236,265 crore in FY18-19, followed by Rs234,170 crore in FY19-20. While the amount mentioned for FY21-22 is Rs157,096 crore, the lowest in five years, it is based on provisional data, the minister says.

Congress leader and member of Parliament (MP) Mallikarjun Kharge has asked for information on bad loans written off during the past five fiscal years, total number of wilful bank defaulters, list of top-25 defaulters and the amount involved in each case.

Dr Karad says, “SCBs and All Indian Financial Institutions report certain credit information of all borrowers having aggregate credit exposure of Rs5 crore and above to Reserve Bank of India (RBI), under its central repository of information on large credits (CRILC) database. As per RBI, the CRILC data in respect of wilful defaulters is maintained from FY2019 onwards, and the total number of wilful defaulters in SCBs as at the end of the last four financial years are 10,306.”

Information shared by the minister shows that from FY17-18 to FY21-22, 12 PSBs wrote off bad loans worth Rs727,320 crore. As expected, State Bank of India (SBI), alone wrote off over Rs2 lakh crore in these five fiscal years. Up to FY17-18, IDBI Bank was a State-run lender and had written off Rs12,515 crore during that fiscal year.

Dr Karad, the minister, says, “As per RBI guidelines and policy approved by bank boards, nonperforming loans, including, inter-alia, those in respect of which full provisioning has been made on completion of four years, are removed from the balance-sheet of the bank concerned by way of write-off.

“Banks evaluate and consider the impact of write-offs as part of their regular exercise to clean up their balance-sheet, avail of tax benefit and optimise capital, in accordance with RBI guidelines and policy approved by their boards.”

As borrowers of written-off loans continue to be liable for repayment and the process of recovery of dues from the borrower in written-off loan accounts continues, write-off does not benefit the borrower. Banks continue to pursue recovery actions initiated in written-off accounts through various recovery mechanisms available, such as filing of a suit in civil courts or in the debts recovery tribunals (DRTs), action under the Securitisation and Reconstruction of Financial Assets and Enforcement of Security Interest Act, 2002, filing of cases in the National Company Law Tribunal (NCLT) under the Insolvency and Bankruptcy Code (IBC), 2016, through negotiated settlement or compromise, and through the sale of non-performing assets-NPAs, the minister says.