‘When does it end?’: Bethenny Frankel rails against ‘outright lying’ perpetuated by filtering of social media photos

By Adam S. Levy For Dailymail.com

Bethenny Frankel opened up on the use of filters on social media in an Instagram post on Tuesday.

‘Hey it’s me, your favorite filtered friend… just making myself look a little better, a little younger, so you think I look better than you,’ Frankel, 51, wrote on the social media site. ‘Doesn’t that really build up your self esteem?’

The former Real Housewives Of New York City star posed in a side-by-side shot – one with a filter, one without – as she listed off the aesthetic attributes pushed by entities such as social media, as well as the cosmetic and entertainment industries.

The latest: Bethenny Frankel, 51, opened up on the use of filters on social media in an Instagram post on Tuesday in which she illustrated the impact of altered photos

She had her reddish-brown locks combed to the side as she donned diamond earrings with a gold chain necklace and a shoulderless off-white dress with yellow and brown embellishments.

Frankel said that ‘the online world we live in is insane’ and that ‘it’s so important that we acknowledge what’s happening with the filtering and the photoshopping and the outright lying. What is the message we are all buying into?’

Frankel, who is mother to daughter Bryn, 12, asked: ‘What are we sharing with our children?’ 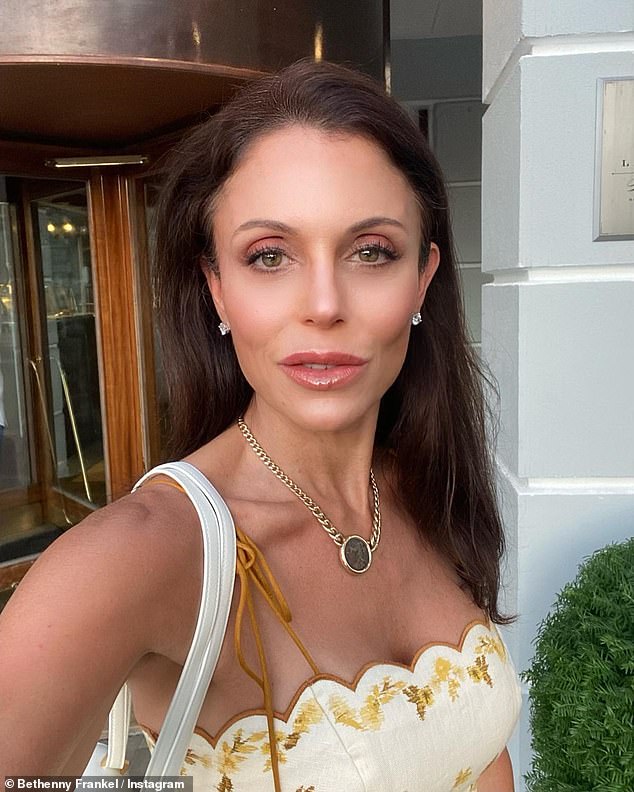 In the photo, Frankel  had her reddish-brown locks combed to the side as she donned diamond earrings with a gold chain necklace and a shoulderless off-white dress with yellow and brown embellishments 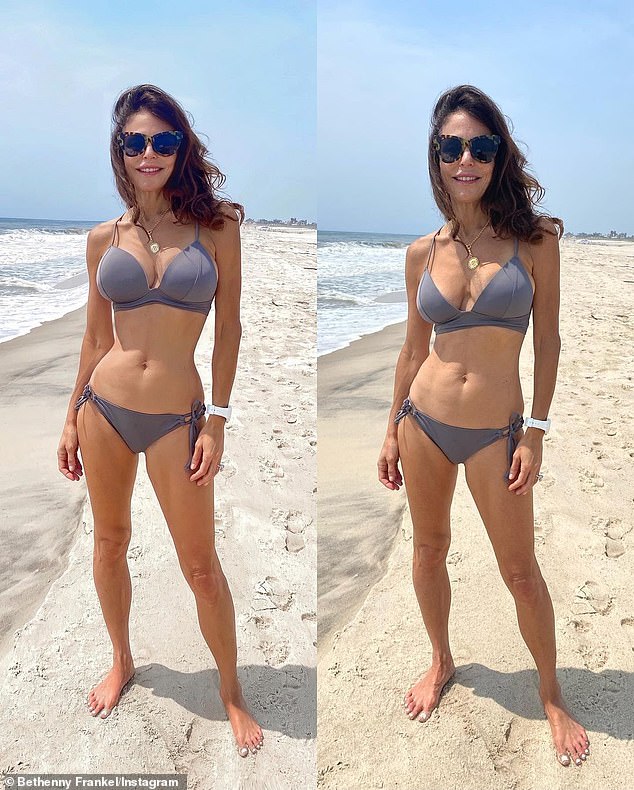 She added that ‘when it’s filtered or I’m glammed up, you will know it!’ with the hashtags, #instagramvsreality #thisisme #speakyourtruth and #liveauthentic.

Frankel took to the social media site last month with a similar post which reflected the use of edits and filters, as she posted in a bikini. She said, ‘This is NOT what I look like…and you know that bc I’m not vain and show you the real me. But if I posted a version of this every day you might start to believe that it might be. This is just how distorted this has all gotten…’

‘This creates a false ideal for men. It’s the opposite of inspirational. It’s destructive. It’s irresponsible. It’s insecure and it’s inaccurate. There is a line between making an effort to look pretty and an outright falsehood.’