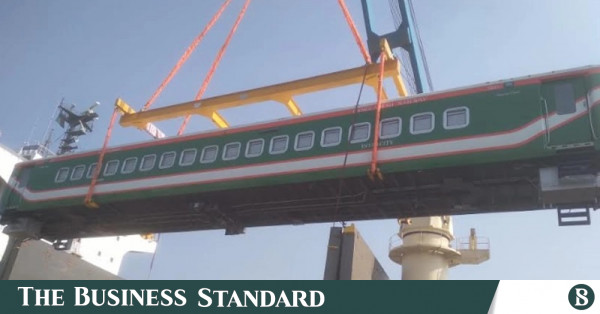 Workers at the Chattogram Seaport on Sunday unloaded 15 bogies of a train and other equipment imported from China for Padma Bridge Rail Project, an official said.

Another 85 bogies will reach the port from China over next few months, he said.

The first consignment of the wagons for Padma Bridge Rail project reached by a ship – Toyo World – on Thursday, and the process to unload the bogies began on Saturday, Faruque said.

The cost of the Padma Bridge Rail Link Project has been estimated at Tk39,246 crore.