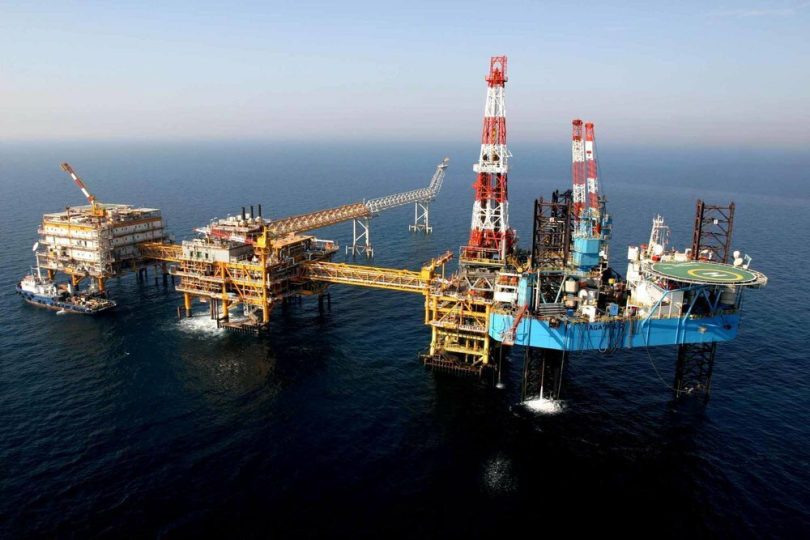 On July 19, 2022, the National Iranian Oil Company (NIOC) signed a memorandum of understanding (MoU) with Russian gas company Gazprom worth close to $40 billion. The deal was signed by the CEOs of both companies during a virtual ceremony on the same day that Russian President Vladimir Putin arrived in Tehran for a summit with his Iranian and Turkish counterparts (Radio Free Europe/Radio Liberty, July 19, 2022). The expansion of the Kish and North Pars gas fields, enhancement of the South Pars field, development of six new oil fields, increased gas and product swaps, completion of various liquefied natural gas (LNG) projects, construction of gas export pipelines, as well as other scientific and technological cooperation are among “the most important highlights of the memorandum” (Shana, July 19, 2022). Among the mentioned items, Russian investment in Iran’s oil and gas fields is especially crucial for Tehran.

During the presidency of the reformist politician Mohammad Khatami (1997–2005), Tehran succeeded in attracting the participation and investment of international oil and gas companies, including France’s Total and Malaysia’s Petronas, into Iran’s oil and gas industries. Increased investments led to the significant development of the largest natural gas field in the world, the South Pars in Asaluyeh in southern Iran. But after Mahmoud Ahmadinejad came to power and the United Nations Security Council imposed nuclear sanctions against Iran (2006–2015), these international companies began to leave Iran.

Even so, after the moderate government of Hassan Rouhani came to power in August 2013, the signing of the Joint Comprehensive Plan of Action (JCPOA) in July 2015 and the lifting of sanctions by the UN Security Council, conditions in Iran once again provided for the participation and investment of foreign oil and gas companies, including from Russia, China and India. However, the United States’ unilateral withdrawal from the JCPOA in May 2018, coupled with the policy of “maximum pressure” and unilateral US sanctions adopted by the Trump administration, caused foreign investment in Iranian oil and gas to stop again. Under such circumstances, Lukoil, Russia’s second-largest oil producer, which had been in talks with Iran over the development of the Abe Timur and Mansuri oil fields, announced it had decided not to go ahead with plans to develop projects in Iran at the moment “due to the threat of US sanctions” (Radio Free Europe/Radio Liberty, May 31, 2018). Furthermore, Russian state oil giant Rosneft has reportedly canceled its plans to invest in joint projects worth up to $30 billion with the NIOC over fear of US sanctions (The Moscow Times, December 13, 2018).

This process continued despite the election of US President Joe Biden, as “negotiations to revive the Iran nuclear agreement and return the United States to the Joint Comprehensive Plan of Action did not reach a clear conclusion” (see EDM, December 13, 2022). But when extensive Western sanctions were imposed on Moscow in response to Russia’s military invasion of Ukraine on February 24, 2022, cooperation between Iran and Russia entered a new stage as both countries now had critical sectors, including oil and gas, under sanctions. Since Iran has suffered heavy losses in the development of its oil and gas industry, especially regarding the joint oil and gas fields with Iraq and Qatar, during the long period of UN (2006–2015) and unilateral US (starting in 2018) sanctions, one key clause of the MoU signed between the NIOC and Gazprom refers to increased Russian investments for the express purpose of further developing Iran’s oil and gas fields (Shana, July 19, 2022). Now, Russian companies are involved in the development of the Kopal, Cheshmeh Khosh, Dalperi, Paydar Sharq (eastern Paydar), Aban and Paydar Gharb (western Paydar) fields in Iran’s south.

In this regard, the head of the NIOC, Mohsen Khojasteh-Mehr, pointed out that “Russia is one of the largest crude oil producing countries and their expertise is in producing oil in very harsh and difficult climates. The capabilities and technology of Russian companies in oil production are very high, and as a result, they will undoubtedly be able to cope with the development of Iran’s oil and gas fields” (Nioc.ir, July 23, 2022).

However, some Iranian experts are cynical in this regard, asserting that current agreements between Iran and Russia are “memoranda,” not “contracts,” and therefore, Russian companies will not be legally obligated to fully implement their commitments (Iraninlt.com, September 26, 2022). For this reason, if the revival of the JCPOA fails completely and Iran’s nuclear program is once again under UN Security Council sanctions, it is possible that Russian companies will leave Iran again. In addition, Russia’s approach to global oil markets after the launch of its war against Ukraine and the sale of Russian oil to some of Iran’s traditional customers, such as China, and India, at a lower price have caused some Iranian experts to postulate that strengthening the production capacity of Iran’s oil fields and increasing Iranian oil exports will not benefit Russia—which means Moscow will be slow to send assistance.

Yet, in response to these criticisms, Khojasteh-Mehr argued that “according to the background of the $40 billion agreement with the Russians and their operations in the fields of Iran, Naturally, there should be no doubt about the determination of the parties to convert the memorandum into a contract. Indeed, sanctions do not affect this memorandum and the signing of its contracts because Iran and Russia have decided to define strategic relations between each other under the conditions of sanctions” (Nioc.ir, July 23, 2022).

In general, under the current conditions of sanctions, which have stopped foreign investment in Iran’s oil and gas industries, Tehran hopes it can capitalize on the postwar conditions in Russia following the end of the Ukraine conflict and the extensive Western sanctions against Moscow to attract additional investments from the Kremlin. In this regard, Iran aims to be able to partially compensate for the lack of other foreign investments and the significant lag in the development of its energy resources. The signing of the $40 billion agreement between the NIOC and Gazprom can stand as a prelude to the return of other major Russian oil and gas companies, such as Rosneft and Lukoil, to Iran. Nevertheless, this process will undoubtedly be influenced by critical external factors, including the future of the Ukraine war and Western sanctions, the future revitalization of the JCPOA and the overall developments in the global oil and gas markets.