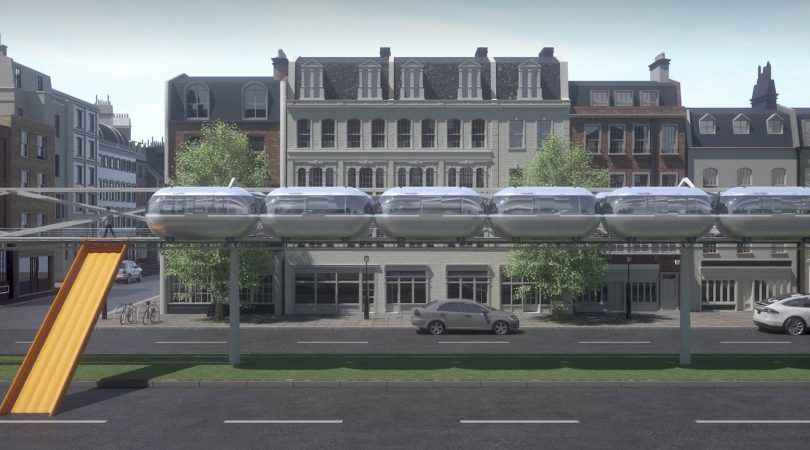 Driverless electric pods that zip from road to railway track could become common sights in cities across the UK within the next decade as part of a new project the Government believes could revolutionise urban transportation.

UK start-up Urban.MASS has announced plans to open its first site at Locomotion, a branch of the National Railway Museum in Shildon, County Durham, in 2025.,

It will mark 200 years since Stephenson’s Rocket made its first journey on the same site.

The self-driving pods, which can seat up to 16 passengers, are capable of moving independently on the road and linking together to travel along a specially built ground-level or elevated railway track.

Future passengers could summon a pod using a smartphone app (or booked online at a pre-determined time) in a similar way to hailing an Uber in exchange for a price set by the town or city it is operating in.

The Shildon site will consist of three stations: one at ground level, one above-ground, and the third in between the two to facilitate the pods switching between the ground and the elevated rails, allowing them to travel above the traffic.

If the Shildon project proves successful, Bristol, Liverpool, Cambridge, Oxford and Cardiff are among the first cities Urban.MASS hopes to expand to.

The solar-powered pods could also be charged from the National Grid – although the company is optimistic that the panels could potentially produce enough electricity to sell some back to the Grid.

The technology – called floc – costs half the price of conventional rail projects and can be deployed in half the time, the company claims, cutting congestion, air pollution, and carbon emissions in the process.

Its elevated rails would be bolted together by cranes and could be expanded or taken down to suit a city’s needs, eliminating the need for traffic-disrupting tramlines, explained Kevin O’Grady, Urban.MASS’s chief executive.

“The beauty of the project is how flexible it is – when we get deep into the heart of cities we could go underground in a much smaller tunnel,” he told i.

“Hopefully by 2025 we’ll see that the UK’s innovation is still alive and kicking post-pandemic and post-Brexit, with all the vehicles, components and parts built in the UK.

“It’ll be nice to see history repeat itself and maybe exporting the latest version of rail to the world again.”

The company has held talks with the mayor of Bristol and the Government’s Department for Business, Energy and Industrial Strategy (BEIS), Mr O’Grady added.

He said the Government had promised to “do everything they could to bring the system into fruition” if it manages to secure a major investor.

Nicholas Robb, senior policy advisor in construction finance for BEIS, said the system had the “potential to comprehensively transform how we get from A to B within cities right across the world”.

“The project in Shildon, along with Urban.MASS’s exciting global development plans, will enable the UK to spearhead a global mass transit revolution for the 21st century, building on our 19th century forefathers’ innovations and exporting the next generation of mass transport technology worldwide.”