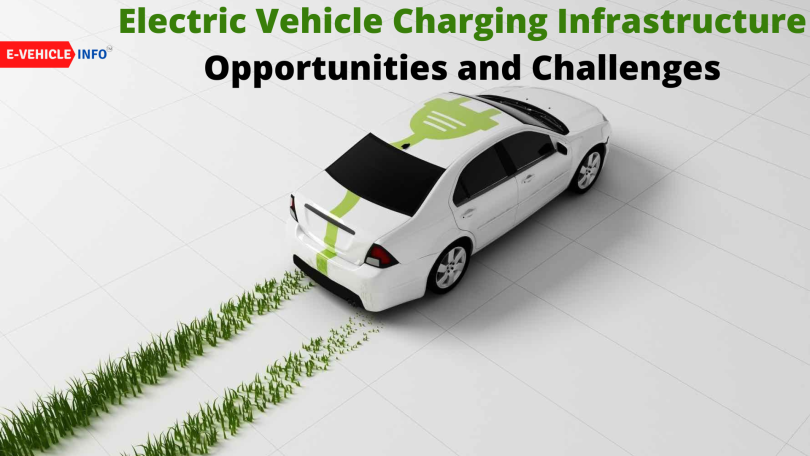 We are making the most updated vehicles of the 21st century and this shows massive strides in the field of vehicle and technology. But for promoting massive EV adoption, it is essential that the battery industry, charging infrastructure, and local supply chains all expand with equal lengths.

People aren’t pumped to buy electric vehicles due to the lack of charging infrastructure in India. However, we can see that the governments of developed and developing countries are aligned together with this goal in mind and have been supporting the localization of production along the whole EV value chain with the goal of making the world a hub for manufacturing and exports.

Therefore, we have listed both the challenges and the opportunities that will set a new horizon on the lines of India.

India has a lot of diverse cultures hence the diverse needs of different consumers therefore we have listed challenges keeping in view the problems faced by Indian consumers.

Range anxiety is the worry about how many kilometers an electric vehicle (EV) will travel (how long will the battery power last). In India, the mileage of an ICE vehicle is one of the most important aspects that buyers carefully consider (number of kilometers per liter). The current battery technology used in electric vehicles makes it impossible for many EV users to travel long distances on a single charge. According to a recent study by lubricants giant Castrol, drivers in India expect a range of 401 km from a single charge. The study included 1,000 consumers, fleet managers, and industry experts.

The second most significant critical challenge for consumers was how long it takes to charge a battery. Some research indicates that the median charge time at which mainstream acceptance occurs is 31 minutes, or about as long as a typical lunch break. Although this takes far longer than the typical ICE refuel, the average rest stop break for our responders is only 10 minutes longer (21 minutes). The consumers are weird that in the meantime what shall they do or in case of emergency what shall be the alternative?

Considering that a fast charging station can fully charge a car in just 1.5 hours and that there are usually just a few automobiles arriving each day, public charging stations have sub-optimal utilization rates of 10–15%. In the current scenario, the CAPEX per station, ignoring land cost or rent, would be $12 million, taking into account the average cost of Rs. 2 million per charging gun. When the returns are not significant because of the low utilization rates, the high expenses of the equipment and its installation pose the biggest problem. Due to the low quantity of EVs on the road, the utilization rate is also low. The quantity of EVs on the roads is not anticipated to be exciting enough until, say, 2024, taking into account the current trend, including the FAME II plan and its benefits, to look at managing charging infrastructure as a stand-alone business.

When you are sleeping, you can charge your EV. The concept sounds good, however, because of the scarcity of available lands, we lack the necessary implementation. Installing a private charging station might be simple, but you’ll need a lot of room so your car can charge without taking up much room. Even though they receive the property for free per government mandate, state enterprises have experienced problems with land acquisition as well.

Lithium-ion batteries’ major cell production centers are currently found in China, the US (North America), Western Europe, Japan, and South Korea. In this case, the government has to export a lot so as to meet the demand for producing the vehicle and this adds an additional cost for the vehicle because we don’t have enough reserves in India to address the rising demand. Even if you think of transporting the Electric vehicle from outside, there will be heavy duties imposed that would cost you a lot.

Even though we are surrounded we have problems from all sides of the ocean, however, we have to find responsible solutions. These solutions are hidden somewhere in the opportunities that are building every day. So let’s quickly have a glance at what these new opportunities are.

Relaxation of the Permission

The establishment of an electric charging station is no longer permitted by the Indian government. As long as the charging station complies with the technical requirements established by the Ministry of Power, anyone or any group is permitted to build up their own EV charging infrastructure. Such a person or organization must adhere to operating a regular procedure beginning with the creation of the business model and ending with inspection and commercial operation.

Innovations by the Ministry of Power

India’s potential to produce and export

If we look at India’s potential here then it can be seen that India has excellent capabilities in some other EV components outside batteries and has the potential to develop into a production and export center. These include permanent magnets, BLDC and AC induction motors, thermal and cooling management systems, non-semiconductor electronics, polymers, and wire harnesses. Indian manufacturers of auto components are working harder than ever to build the necessary technological competencies in these fields.

The government is considering various incentive programs for domestic battery production. In order to provide investors with incentives upon the establishment of Giga-scale battery production facilities for Li-Ion batteries compatible with EVs in India. NITI Aayog requested Cabinet permission in January 2020. The access to raw materials from the nations that hold its largest reserves, however, is what will determine this program’s success. India’s desire to become a significant hub for battery manufacture would be determined by the strength of intergovernmental bilateral ties and the geopolitical environment.

In conclusion, favorable legislation, declining battery prices, charging infrastructure, and localization of the supply chain are some elements that must come together to fuel EV growth.